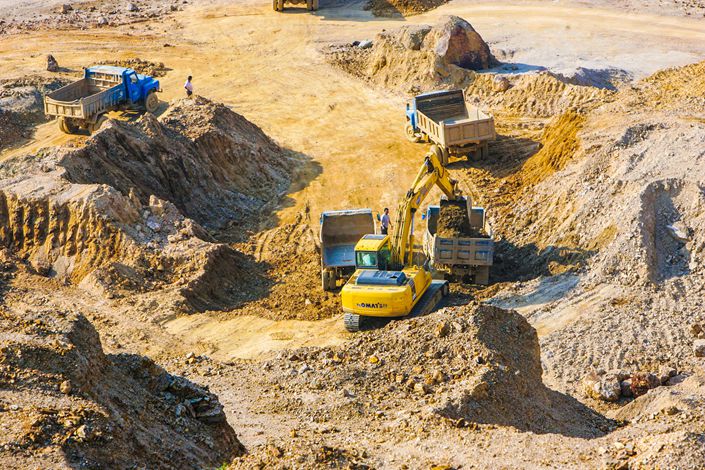 Rare earths, a collection of chemical elements, have broad applications and are crucial to many cutting-edge products, including phone components, electric-vehicle batteries and military equipment.

In the first seven months of this year, China’s rare earth exports were down 20.2% year-on-year, compared to a much milder 7.6% decline in the same period last year, customs data showed.

Rare earths, a collection of chemical elements, have broad applications and are crucial to many cutting-edge products, including phone components, electric-vehicle batteries and military equipment.

The production and operation activities of downstream rare earth companies have slowed since the beginning of this year due to the Covid-19 pandemic, Gao Feng, spokesperson for the Ministry of Commerce, said on Thursday (link in Chinese).

In response to concerns that the recent decline in rare earth exports may be due to geopolitical tensions between China and the U.S., Gao said Chinese companies conduct their international business based on “changes in international market demand and risks.”

While Beijing has always said it does not restrict rare earth exports, there has long been speculation that China may restrict supplies of the vital minerals to the U.S. amid rising animosity between the world’s two largest economies. In recent years, Washington has imposed multiple restrictions on Chinese tech companies, including ZTE Corp. and Huawei Technologies Co. Ltd.

China remains dominant in rare earth production. Last year, the country had 36.7% of global rare earth reserves and accounted for 62.9% of the world’s total output, according to the U.S. Geological Survey (USGS).

The U.S. remains reliant on Chinese exports, meeting 80% of its rare earth consumption with Chinese imports between 2015 and 2018, according to the USGS.