Oil Refiner Charged With Hoodwinking Other Companies out of Billions 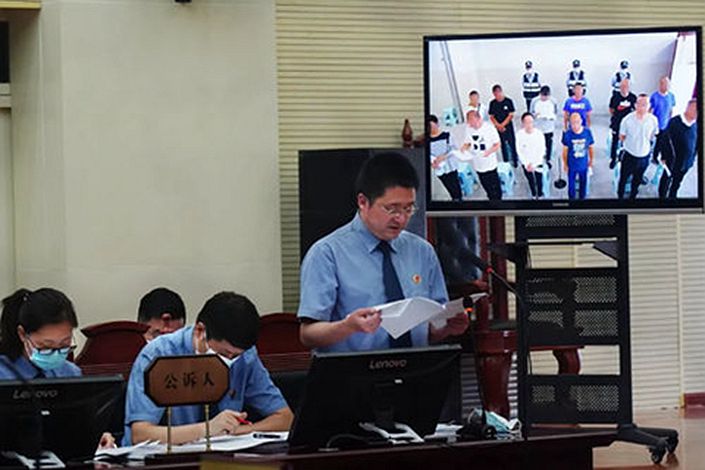 A privately owned refiner has been charged with fraud for fabricating transactions to defraud banks and other companies into paying billions of dollars of acceptance bills, a court in the northwestern Chinese city of Yinchuan said.

The alleged fraud sheds light on risks accumulating in an obscure and under-regulated corner of China’s financial sector — the finance units of state-owned and private enterprises.

Acceptance bills are effectively an IOU — a type of short-term debt instrument which companies issue to promise future payment. A company can obtain an acceptance bill from a bank and provide the bill to its supplier, for example, as a guarantee of future payment.

The bills can also serve as a financing tool, especially for smaller enterprises, because they do not need to be held to maturity before being paid and can be traded among companies. In this example, the supplier could choose to sell the bill at a discounted rate to another company when it wants the funds.

Baota Petrochemical Group Co. Ltd. and its finance subsidiary, however, fabricated nonexistent trade deals to obtain acceptance bills from banks, according to a statement (link in Chinese) released Monday by the Yinchuan Intermediate People’s Court in the Ningxia Hui autonomous region. Between April 2016 and October 2018, the finance subsidiary signed bills worth 28.5 billion yuan ($4.1 billion) based on nonexistent deals, the court said.

Baota’s finance arm held some 17 billion yuan worth of outstanding bills based on nonexistent trade deals in late 2018, the court said. The bills involved about 12,500 companies across China, including Baota’s subsidiaries and 79 commercial banks, sources with knowledge of the issue told Caixin previously.

Baota first showed up on regulators’ radar in 2018, after its finance arm missed a bill payment in May that year. Sun Hengchao, the group’s then chairman, was arrested on suspicion of fraud in late 2018, along with seven other senior executives.

On Monday, prosecutors accused Sun of deliberate wrongdoing to raise money through acceptance bills, as he “knew Baota Petrochemical Group was facing huge losses and unable to pay its debts.” The group had suffered extensive losses since 2013, the court said.

Sun Hengchao’s son Sun Peihua and several other executives also stood trial on the same day for the alleged misconduct, the court said.

A person close to the city government in Yinchuan told Caixin that Baota issued some of its bills to its subsidiaries, and the subsidiaries sold the bills at discounts of between 9% and 22%, much higher than the 5% to 6% discounts commonly offered by many other companies, burdening Baota’s leveraged financing activities with higher costs.

Read more
In Depth: Risks Are Building Up in China’s Internal Finance Companies

Founded in 1997, Baota has grown into a sprawling conglomerate covering trade, education and new energy businesses with more than 60 billion yuan in total assets in 2018.

Baota was too ambitious and went way beyond its capability to operate the businesses, an industry insider said.