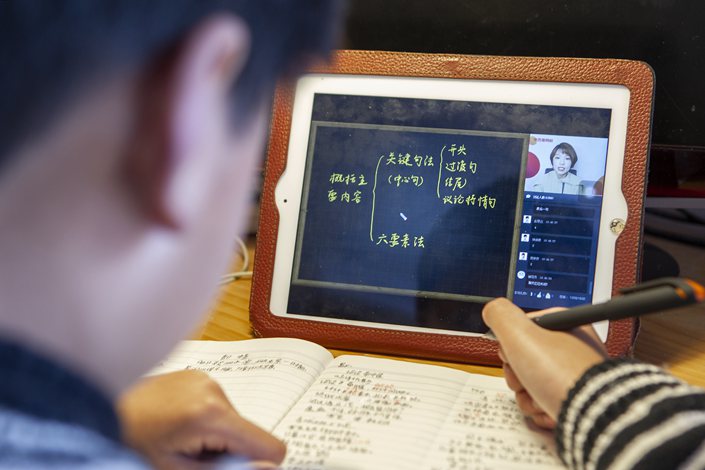 With this sixth round of funding, Huohua has raised $340 million to date, according to a statement on Wednesday.

The Series E1 round comes after Beijing-based Huohua recorded a nearly-67-per-cent growth in paying users in the past four months to about 250,000 from 150,000 in late April 2020, as the outbreak of the novel coronavirus drove demand for online education in China.

Huohua was founded in 2017 and launched its first course about two and a half years ago. It started an online education platform that mainly offers AI-enabled mathematics and critical thinking, as well as Chinese-language learning classes to students aged between three and 12.

In an effort to expand beyond its key offerings of mathematics and critical thinking courses, Huohua officially launched two new products: an AI enlightenment course, which was made available this July, and an English-language learning course for kids aged from three to five.

The firm currently has over 1,000 product developers and teaching content researchers, investing an average of more than 30 million yuan ($4 million) in research and development every month, said Luo Jian, founder and CEO of Huohua, in the statement.

Huohua retains a subscription renewal rate of 80 per cent and generates about 200 million yuan ($29 million) in monthly revenues, said Luo.

The company raised tens of millions of U.S. dollars in a Series D+ round led by an investment unit of mainland video-sharing app Kuaishou this April, which allowed the company to leverage Kuaishou’s AI and live-streaming capabilities to enhance its offerings.

The startup also closed $85 million in a Series D round in August 2019 at a reported valuation of $500 million. The deal was led by GGV Capital and KKR, with participation from Sequoia Capital China, IDG Capital, and a group of Chinese investors like Northern Light Venture Capital (NLVC), Hike Capital, Lightspeed China Partners, and GSR Ventures.

In March 2019, the company completed a $40-million Series C round led by NLVC and Longfor Capital.