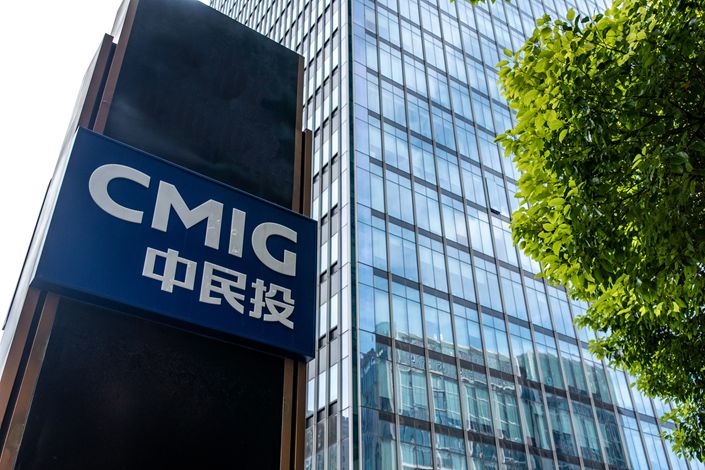 In early August, the company’s board of directors appointed Li Guangrong, a former chair of insurer Sinosafe General Insurance Co. Ltd., as its new president, according to sources with knowledge of the matter. The board also appointed three new vice presidents, a new board secretary and a new assistant to the president.

“Former senior executives were all replaced,” a source close to CMIG said. In June, CMIG shook up its leadership personnel and appointed a new board of directors. Mao Yonghong, chair of Wuhan-based property firm Baibuting Group Co. Ltd., parent of one of CMIG’s shareholders, was appointed CMIG’s new chairman, the company announced (link in Chinese) that month.

According to a court ruling (link in Chinese) made in December 2018, Hu Zhiguo, who had served as a senior police officer in Changsha city in central China’s Hunan province, had accepted bribes worth about 3 million yuan ($438,000) from Li between 2007 and 2017. However, Li was not prosecuted in the end, according to a 2019 filing (link in Chinese) by a Shanghai-listed company that Li controls.

The executive shakeup came as CMIG continued to struggle over a liquidity crunch that forced it to sell assets to survive.

Founded in 2014, CMIG racked up much of its debt during a subsequent spending spree. In 2016, CMIG International Holding Pte. Ltd., its international investment arm, spent $2.5 billion to acquire Bermudan insurer Sirius International Insurance Group Ltd., which went public on the Nasdaq in November 2018.

In February 2019, the conglomerate admitted that it was going through a “strategic transformation” and was selling assets that it “no longer considered suitable for the company’s strategic direction.”

As the liquidity crunch kicked in, CMIG defaulted on a series of bonds. In January 2019, it failed to repay part of a 3 billion yuan private placement note. In April that year, it found itself in trouble again with creditors — this time with a cross default on $800 million in dollar bonds.

In October, CMIG slashed the salaries of its top and midlevel executives by as much as 83% to support strategic restructuring.

To resolve its liquidity problems, CMIG set up an emergency management committee last year. In May this year, CMIG established (link in Chinese) a new restructuring work committee to replace the emergency committee.

Multiple sources recently told Caixin that some banks have agreed to lower annual interest rates to below 3% and extend repayment periods for one year to help CMIG recover.

The sources said that CMIG, now led by Mao and Li, is investigating past inappropriate distributions of employees’ salaries and bonuses that could amount to at least 10 billion yuan. “Some people might even need to return 100 million yuan,” a source said.

CMIG’s inappropriate bonus mechanism and internal corruption are widely seen as major reasons why the company has been mired in trouble. The sources said that CMIG, when its former chairmen Dong Wenbiao and Li Huaizhen were in office, used to distribute bonuses by having employees claim expenses, which was actually an approach for executives to pocket an inappropriate amount of money.

It might be hard for CMIG to get the money back from executives who have left the company. “Now the company is asking those (who have left) to return the money, and if they refuse to do so, it would just end up as a report to police,” a CMIG shareholder told Caixin.