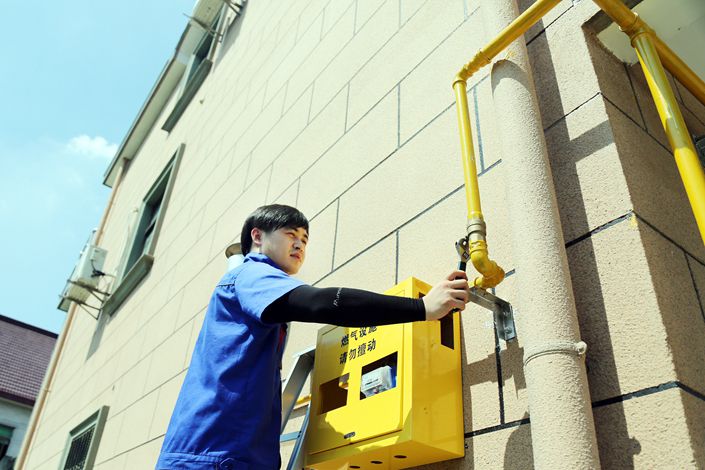 A rule-defying pipeline highlights how energy markets are shifting in the wake of a vast national reorganization of state assets.

In the industrial Henan province city of Jiaozuo, a new 1.4 mile natural gas pipeline will soon be up and running, supplying the city’s biggest company with the fuel it needs to churn out more titanium.

The only problem is that the pipeline hasn’t been granted official approval to operate, as the local pipeline monopoly was auctioned off nearly two decades ago. Indeed, construction on the project was never given the green light.

This case highlights the situation in the country’s energy market in the wake of a vast national reorganization of pipeline assets, which has led to energy giants stepping onto the turf of their middleman partners, as local business and official interests clash.

The company behind the pipeline is the Shenzhen-listed Lomon Billions Group Co. Ltd., the largest titanium manufacturer in Asia with a market capitalization of more than 45 billion yuan ($6.57 billion). The company built the infrastructure over the objections of the city’s government, which required work to be suspended for around a month earlier this year on safety concerns.

The pipeline, the capacity of which has not been revealed, connects a Lomon power plant to a gas pipeline operated by a subsidiary of state-owned oil and gas giant China National Petroleum Corp. (CNPC).

In this case, natural gas in Jiaozuo is supplied by a subsidiary of Hong Kong-listed Zhongyu Gas Holdings Ltd, which set up a joint venture with the local government in 2002 that had a 30-year monopoly on pipeline construction and operation in the city, according to Zhongyu’s website.

Indeed, until very recently, Lomon itself said it would be buying its gas from Zhongyu. In July, the same month construction work finished on the pipeline, the company was quoted in a government environment impact assessment feedback document as saying it would buy fuel for the power station exclusively from Zhongyu.

But the new pipeline allows Lomon to bypass Zhongyu, instead buying its gas directly from a unit of Kunlun Energy Co., a CNPC subsidiary , which offered to undercut Zhongyu’s prices if the titanium giant agreed to become its client rather than Zhongyu’s.

Despite the agreement between the city and Zhongyu, at least some parts of the local government are in favor of the pipeline. “Our goal is to have more projects and economic development,” said the deputy head of the propaganda department of Zhongzhan district, which is home to Lomon’s facilities.

The move is in CNPC’s interests also, as it faces increasing uncertainty from a national reorganization of state-owned pipeline assets which may leave it without some of its prime local customers.

The 50-megawatt Lomon power plant that will be supplied by the pipeline is expected to consume 247.9 million cubic meters of natural gas per year when operations begin. Zhongyu offered a price of 2 yuan per cubic meter, while CNPC could offer a price between 1.67 yuan to 1.87 yuan.

This means Lomon could save at least 32.3 million yuan per year by buying from CNPC via its own pipeline — which cost just 8.5 million yuan to build.

“(This price) is very attractive for major buyers like Lomon,” said a manager at Boai Kunlun, the CNPC subsidiary involved in the deal.

Lomon could also better guarantee its supply by ditching the middleman Zhongyu, said a CNPC salesperson, as during the winter heating period these traders may find supply is tight and be forced to prioritize residential users over industrial ones.

Until fairly recently, CNPC operated a complete industrial chain that stretched from oilfield exploration all the way down to city-level sales. It began implementing this whole-chain strategy in 2018, to cut out third parties and reduce costs.

That changed dramatically in July, when state-owned PipeChina kicked off its mass acquisitions of the country’s energy giants’ pipelines assets worth hundreds of billions of yuan. This is part of a national government strategy to bring down fuel prices and open pipeline access further to smaller companies.

The sale of many of its pipeline assets — not including at present those operated by Kunlun Energy such as the one in Jiaozuo — has led CNPC to redouble its efforts to develop downstream buyers. CEO Duan Liangwei said days after the establishment of PipeChina that CNPC will focus on city-level sales and work to develop clients at this level in the next five years.

The position of PipeChina in the wake of the reorganization, and the corresponding regulation, both of which remain unclear, have also stirred up concern that the new company could dominate the most desirable industrial sectors, an employee at a Kunlun Energy subsidiary told Caixin.

A CNPC employee said the company is currently offering cut-price gas to shore up its client base in the wake of the reorganization. The behemoth’s upstream power means that middlemen can do little in response, as they rely on it for supply also, a Zhongyu salesperson said.

“As PipeChina’s operation mode remains unclear, oil companies are trying to secure a spot in the market while they still can,” said a researcher at a city-level gas company.

With Zhongyu holding the franchise right in Jiaozuo, Lomon has no way to get the license to run the pipeline. “They have no certificates at hand now,” said a manager of Jiaozuo Urban Management Bureau.

But the Zhongzhan district government seems prepared to defy the city’s agreement with Zhongyu and the long-standing franchise system.

Lomon is Jiaozuo’s largest enterprise and made up a third of the city’s power consumption last year. And Xu Gang, its chairman, is a delegate to the National People’s Congress, the country’s top legislature.

Wang said the local government is working on this issue, aiming to “legally finish the pipeline construction without damaging the interest of Zhongyu.” The most likely outcome is that the power plant is supplied both by its own pipeline and Zhongyu, Wang said.

As a Boai Kunlun manager said, “the pipeline is already there.”