Who Will Be Affected by China’s New Tech Export Restrictions? 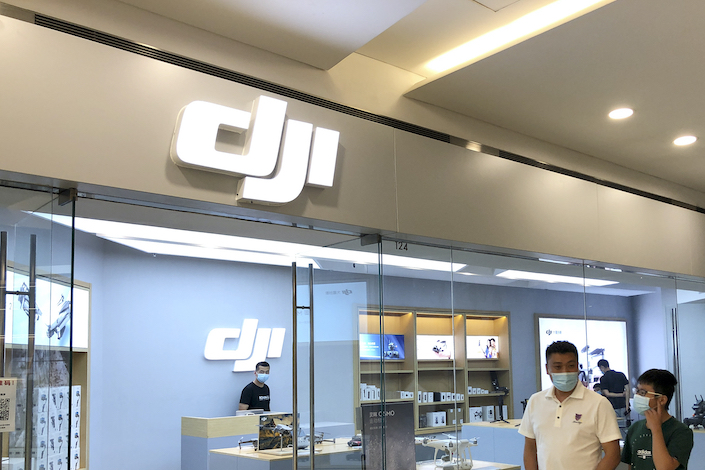 A DJI drone store in Beijing.

China’s new tech export restriction rules not only add uncertainty to the sale of TikTok’s U.S. operations but also could affect exports of broader consumer tech products such as drones and cellphones.

The new rules, unveiled Friday by China’s Ministry of Commerce and Ministry of Science and Technology, added 23 items—including personal information push services based on data analysis and voice-recognition technologies commonly used in smartphones, robots and wearable devices—to the restricted list. Technologies on the list can’t be exported without a license from the government.

The market’s first reaction was that TikTok’s sale talks could be further complicated as personal information push is the one of the popular short video app’s core technologies, meaning the sale of the company to a U.S. buyer would require Chinese government approval. U.S. President Donald Trump ordered a ban on the ByteDance app unless the company sells TikTok’s American operations.

The inclusion of drone technology on the list could also impact China’s DJI Technology, the world’s biggest drone manufacturer with an estimated 70% of the global market.

Shenzhen-based DJI told Caixin that businesses must unconditionally comply with the Commerce Ministry’s decision, and the company is still assessing the specific effects of the list.

The chief executive officer of a smart hardware company, whose products are exported to the U.S. and elsewhere, said the rules won’t affect the company’s product sales but will affect transfer of technology due to changes in ownership or the sale of intellectual property. Its products are still sold overseas as normal, the CEO said.

An executive at another robotics company told Caixin that the policy could affect the export of its interactive robots.

The list covers licensing and transfer of intellectual property rights as well as the transfer of complete production lines and equipment, but the sale of general tech products will not be affected, a lawyer familiar with the import-export industry said. In addition, foreign investment in domestic technology companies may also fall under the restrictions, the lawyer said.

China’s exercise of control over technology exports was rare in the past as domestic companies have been more often buyers of foreign technologies from developed countries rather than sellers, the lawyer said.

This is the only revision since the list was first published in 2008. With the rapid development of science and technology and the continuous improvement of China’s industrial competitiveness, China faces an urgent need to adjust the tech export list in accordance with international practices, the Commerce Ministry said.

The revision of the export list shows Chinese policymakers’ aim to tighten regulation, said a partner at another law firm specializing in intellectual property. The timing of the revision was clearly a response to the TikTok situation, but the scope and intensity of regulation are expected to expand, and companies like DJI will face similar regulatory scrutiny in the future, the lawyer said.