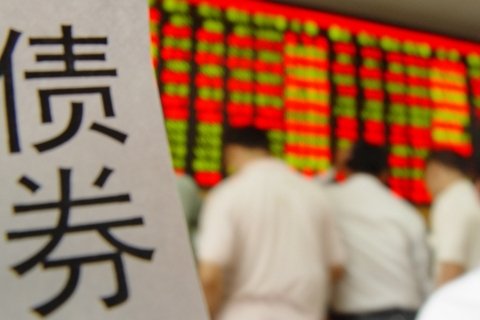 In July, the net inflow of overseas investment in onshore bonds reached about 148.1 billion yuan ($21.3 billion)

The rules are aimed at making it easier for overseas institutional investors to invest in yuan-denominated bonds, the People’s Bank of China said on its website.

The draft rules said that foreign investors already in the interbank bond market through the other two channels would be allowed to buy and sell exchange-traded bonds without additional approval.

In addition, the rules would streamline procedures for foreign investors to invest in the interbank bond market. Under the current single-tier custody system, foreign investors who directly invest in the market have to open accounts under their own names in China’s central depositary, which some say can lead to low efficiency and high costs. Under a multitier custody structure introduced by the draft rules, however, the investors would be allowed to open accounts through overseas custodians, who then appoint mainland custodians for account handling.

The multitier custody structure, which had applied to the Bond Connect program, is more in line with international standards, the draft rules said.

Besides, the rules said foreign institutional investors and their custodians would no longer need to obtain regulatory approval for products investing in Chinese bonds on a case-by-case basis. Also, they would be allowed to trade bond derivatives and funds, including exchange-traded bond funds.

Chinese regulators in recent years have stepped up efforts to restructure the domestic bond market to lure more foreign funds. In July, regulators moved to unify the country’s fragmented interbank and exchange bond markets to make the market more attractive to overseas investors.

In recent months, foreign investors have shown growing enthusiasm for Chinese bonds partly due to a stronger yuan and a wider gap between the yields of Chinese and U.S. bonds in general, analysts said.

In July, the net inflow of overseas funds into onshore bonds for which CCDC provided custodial services reached about 148.1 billion yuan ($21.3 billion), the highest since the data set was made available in mid-2014, according to CCDC data. In August, the net inflow stood at 117.8 billion yuan (link in Chinese), marking the 21st consecutive month of net purchases.

By the end of June, the outstanding value of foreign holdings of onshore bonds reached $369 billion, up 13.7% from the end of 2019 and triple the value at the end of 2016, official data showed. Still, the share remained less than 3% of the market.

Timmy Shen contributed to the story.