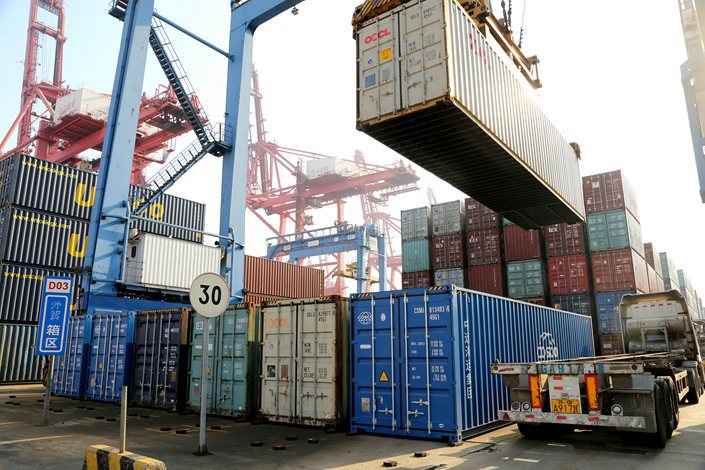 China’s share of global exports increased from 13.3% in 2019 to 17.5% in May 2020. The strength of exports has been driven mainly by shipments to developed markets, including the U.S., as well as Southeast Asian economies.

Why has China been able to gain market share globally and even in the U.S.? Timing and base effect matter.

Protective equipment and medical supplies to fight Covid-19 have been key drivers. China was “first in, first out” of the Covid-19 hit and lockdown. Its comprehensive supply chain and fast work resumption mean the country can meet the increased global demand for anti-Covid products (e.g. masks, medical equipment, and medicine).

As a result, exports of such products grew by 57% year-on-year in Apr-Aug and contributed 3.1ppt to headline export growth of 3.5% during this period. Exports of anti-Covid products have slowed lately but remained strong, with textiles growing by 47% year-on-year and medical equipment by 39% in August.

Exports of electronics products have also been strong. An upward tech cycle and increasing demand for electronics products as a result of increased “work from home” and remote learning led to 23% year-on-year growth for electronics-related exports (automatic data processors, cellphones, LCD panels and electronic ICs) between April and August, contributing another 3.4ppt to the headline export growth. Indeed, U.S. imports of ADPs (including PCs, Tablets and Parts) grew by 7.8% year-on-year in Q2 even as overall imports contracted by 20%. Similarly, EU imports of ADPs grew by 15% year-on-year in the three months to May while overall imports dropped 20%.

In 2019, China’s exports were impacted by higher U.S. tariffs which led to a sharp drop in exports to the U.S. and a decline in its global market share. The gain in 2020 so far has been from that low base.

In fact, China’s share of global exports declined sharply in Q1 2020 to 11% as the country was hit by the pandemic and enacted strict mobility restrictions nationwide. In April-May, when the rest of the world was hit hard by Covid-19, China was quickly normalizing its economy, especially production and trade, and was able to supply the world's demand. As mobility restrictions eased and supply disruptions improved in June and July, China's market share in major markets started to recede.

China’s capacity and flexibility in tech production and restructuring of supply chains have likely helped. As many items within ADPs were subject to additional tariffs from the U.S., China was losing U.S. market share in this product group prior to the pandemic. As Covid-19 swept through the world, China’s earlier work resumption enabled it to utilize its large capacity to fulfill the surge in demand, gaining market share from others such as Mexico.

In addition, China’s adaptation to supply-chain restructuring may have helped to dampen the impact of higher U.S. tariffs. For example, mainland China’s exports to Taiwan region have remained resilient since 2017, driven by shipments of tech components and reflecting growing supplies of certain components for further processing in Taiwan.

In 2019, when the trade war hit the tech sector severely, the mainland’s shipments of components such as “memory” to Taiwan continued to be the key driver of growth. This trend has carried through in 2020. China’s strong exports of electronics to Vietnam may in part also reflect the supply chain shift, as it supplies more components to producers that have moved to or expanded in Vietnam.