Chart of the Day: For China’s Online Sellers, Covid-19 Quarantines Have Been Great for Business 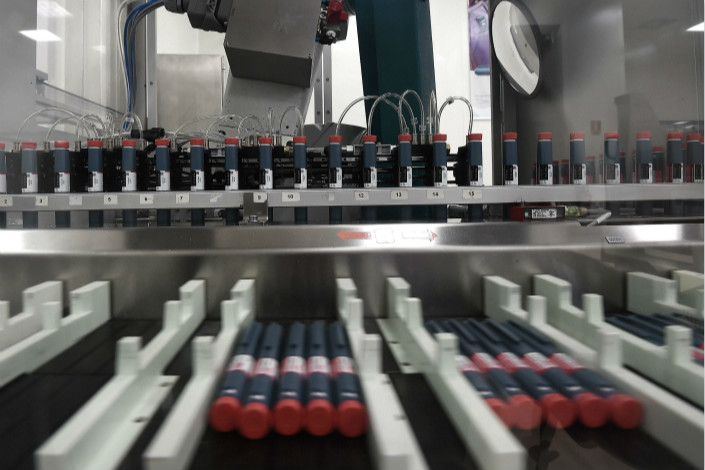 Asia-focused private equity firm DCP Capital has reached an agreement to spend about 1.94 billion yuan (over $283 million) for a 9 per cent stake in Tonghua Dongbao Pharmaceutical, a Shanghai-listed provider of insulin used in the treatment of diabetes.

DCP Capital will acquire the shares from the parent company Dongbao Industrial Group, the PE firm announced in a statement on Friday. As part of the agreement, the investor will nominate representatives to join Tonghua Dongbao’s board of directors, the statement added.

China recorded the world’s largest number of people with diabetes (an estimated 120 million) in 2019, according to the International Diabetes Federation (IDF). A report from market researcher IMARC shows that the market for diabetes drugs in the country reached $3.8 billion last year, clocking a compounded annual growth rate (CAGR) of about 11 per cent between 2014 and 2019.

Established in 1998, Tonghua Dongbai develops and markets recombinant human insulin for the treatment of diabetes. The firm has built a product pipeline comprising recently-approved insulin glargine, as well as insulin aspart and glucagon-like peptide 1 (GLP-1) products at the late clinical stage.

“The strategic investment from DCP will help Tonghua Dongbao further institutionalise its shareholder base, improve its governance structure and management incentive system,” said Li Jiahong, chairman of Dongbao Group, in the statement.

Leng Chunsheng, chairman and CEO of Tonghua Dongbao, said that the firm will work with DCP Capital on its operational improvements, potential M&As, and international development. It will continue its focus on the core business of diabetes treatment while further strengthening the product pipeline.

In April 2019, DCP Capital closed a total of approximately $2.5 billion through three funds—an over-$2 billion debut Greater China-focused US dollar fund, DCP Capital Partners I, and an RMB-denominated fund.