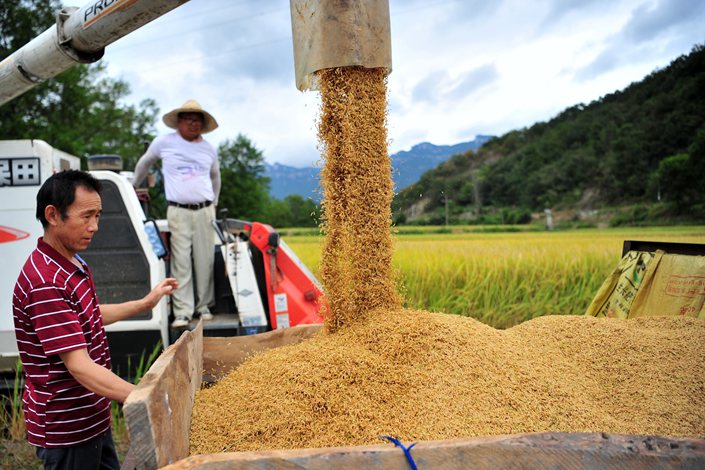 China wants to see a lot less corn, wheat and other kinds of grain wasted as it makes its way from farm to table, in the latest sign authorities are making food security more of a priority.

In a statement (link in Chinese) released Monday ahead of the autumn harvest season, the National Food and Strategic Reserves Administration highlighted the problem of wasted grain and soybeans during harvest, transportation and storage.

By focusing on conserving staples before they hit the market, the central government has opened a new front in its campaign against food waste as authorities seek to safeguard a domestic food supply that has been disrupted by Covid-19 and severe summer flooding. Until now, the campaign has mostly focused on waste at the table, most notably in President Xi Jinping’s nationwide “clean plate” initiative (link in Chinese) in August that was followed by several restaurant chains rolling out controversial measures to limit how much diners could order.

According to official data, as much as 35 million tons of grain go to waste every year (link in Chinese). That’s more than 5% of last year’s total output, with over half of it wasted due to poor storage conditions. The rest falls by the wayside during processing and shipping.

The timing of the administration’s statement was no accident. Grain reaped during the autumn harvest season, which usually starts in late September and lasts through the winter, made up about three-quarters of China’s total grain production last year, according to data from the National Bureau of Statistics.

And this year’s autumn harvest might be more important because the unusually heavy rainfall in southern China decimated grain output in the first half. The country suffered one of its most devastating flood seasons in decades this summer, which damaged as much as 6,000 hectares (14,826 acres) of farmland, the country’s emergency management body said Tuesday.

As of Aug. 31, the volume of wheat sold by farmers in the country’s main growing regions slumped by 20% from the same period in 2019.

Accordingly, wheat imports in the first seven months more than doubled from the same period last year. Last month, the Ministry of Commerce asked traders to return import quotas they couldn’t use by the end of the year so they could be reallocated to those in greater need, suggesting the country could end up importing more grain than usual over the next few months.