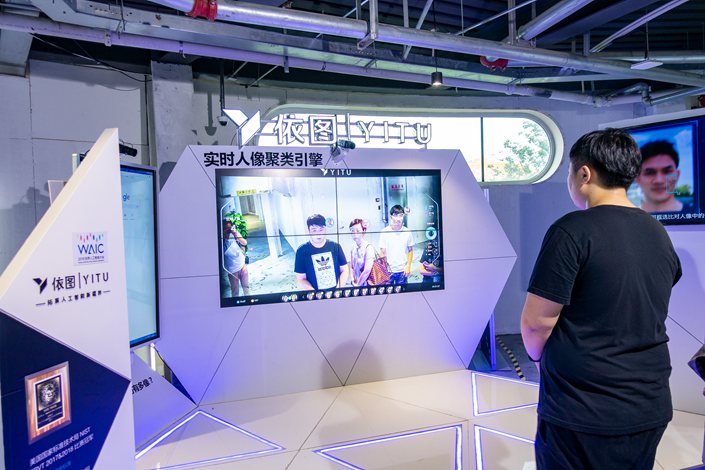 In the Tuesday filing, Yitu said it had appointed Guotai Junan Securities to provide guidance for the listing but didn’t give any timeline. Yitu did not reply to Caixin’s request for comment.

Megvii and SenseTime each had an about 20% share of China’s highly contested $1.46 billion AI machine vision market last year, putting them ahead of CloudWalk and Yitu who have about half that share.

It was reported earlier this year that Alibaba-backed facial recognition specialist Megvii was considering a listing on Shanghai’s Nasdaq-like high-tech STAR Market after its Hong Kong listing plan fell apart.

SenseTime, backed by Japan’s SoftBank Group Corp. is also exploring a dual listing in Hong Kong and the mainland, according to people familiar with the matter.

An August CloudWalk filing to the securities regulator in Guangdong revealed it had appointed China Securities Co. Ltd. as its IPO advisor in August.

The four AI companies have more in common than listing plans. All have been placed on a U.S. economic blacklist over alleged involvement in human rights violations against Muslim minorities in China — which Beijing has denied.

But Washington’s sanctions seem to have had little impact on the companies’ bottom lines in the first half, with all reporting revenue growth as most of their major clients are domestic governments and businesses.

The company’s controlling shareholders, co-founders Zhu Long and Lin Chenxi, hold 40.01% and 23.24% stakes, respectively. Yitu’s latest fundraising in March saw it secure $30 million from a round led by CR Capital Group and China Chengtong (Hong Kong) Asset Management. Its previous funding round in 2018 was worth $200 million.