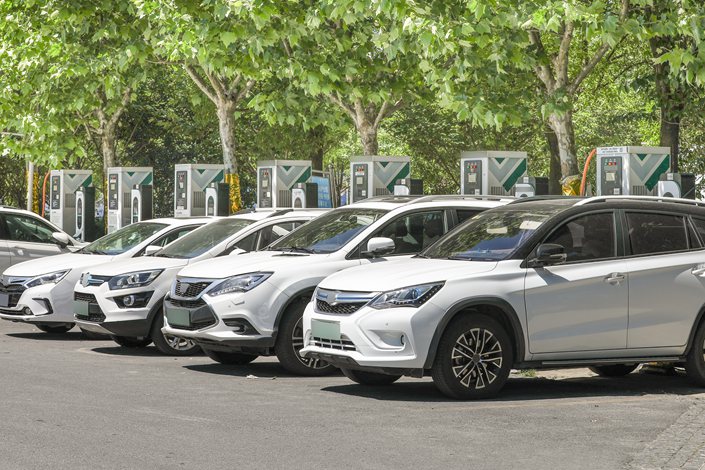 A group of experts advised China against setting a timeline for getting gasoline- and diesel-powered cars off the roads as the government has been considering, arguing that a diversified fleet of vehicles will better serve the country’s complex environmental and traffic conditions, an electric vehicle specialist said.

The experts gave the advice in an industry blueprint set to be made public soon, Wang Binggang said Wednesday at an industry conference. Wang is an electric vehicle specialist who leads a state-level campaign on electric-vehicle innovation. The industry blueprint serves as a response to a draft plan released late last year by the Ministry of Industry and Information Technology.

The ministry’s plan suggested that China aim to have new-energy vehicles (NEVs) account for 25% of all vehicle sales by 2025. Although it didn’t call for a sweeping ban on conventional cars, the ministry has been considering such a move for a while to address the country’s severe air-pollution problem. The ministry first brought up the idea in 2017 but has never announced a plan to go through with it.

Still, there has been talk that China will go that way. In July, a think tank forecast that China will phase out conventionally powered models by the second half of the century as mostly battery powered NEVs take over the market for new cars.

But that’s a long way off. The blueprint, Wang said, will lay the groundwork for a five-year NEV industrial plan starting in 2021. Such industrial plans usually give targets for market share of different types of vehicles. Wang said the blueprint would have lasting clout with those working on future policies.

The expert group is pushing an idea to equip conventional vehicles with batteries as an alternative way to meet the government’s goal of curbing emissions and cleaning up the sky.

The blueprint is also less optimistic than the ministry’s plan about electric vehicle sales in 2025. Wang said experts project it will be a challenge to get electric auto sales up to 20% of the market by 2025.