New Guidelines Outline How Governments, Prosecutors Should Work Together to Take Polluters to Task

By Du Sisi and Ingrid Luan 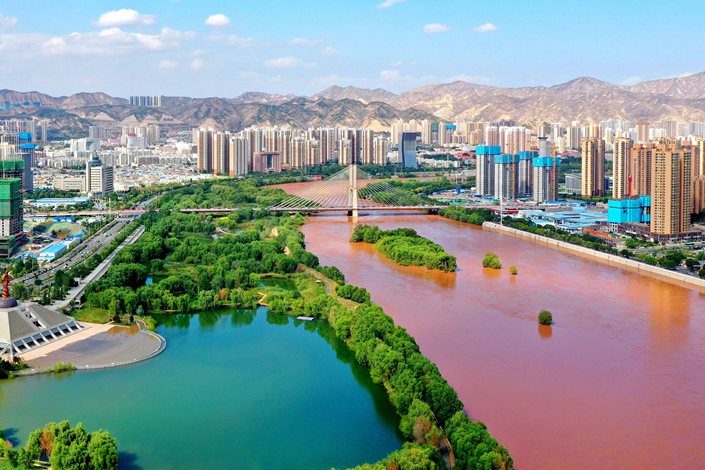 Many local authorities may be reluctant to carry out the plan due to a lack of money and trained staff, and the extra burden it would place on officials.

Nearly a dozen government ministries have jointly released a document explaining how government departments and prosecutors should work together to win compensation from polluters.

The Ministry of Ecology and Environment (MEE) and 10 other ministries said in a document (link in Chinese) released Sept. 11 that procuratorates – China’s public prosecutors – should offer legal support to governments when they are either engaging in compensation negotiations with polluters, or when they are taking the polluters to court for compensation.

The new document also says that governmental departments, including the environmental ministry, could offer evidence and technical support to procuratorates if they charge polluters with criminal offenses.

The new document comes hot on the heels of China’s first local regulation on public interest environmental litigation, which empowers non-governmental organizations in the South China tech hub of Shenzhen to file lawsuits against polluters from Oct. 1.

China has been plagued by pollution for decades, with about 1.24 million deaths caused by air pollution in 2017 alone, according to a recent study.

In a bid to get a grip on the country’s extreme pollution problems, local governments began chasing polluters for compensation in 2015, and a nationwide compensation mechanism was rolled out in 2017. The idea was that compensation could provide funds to repair environmental damage.

These consultations have become the main way of resolving disputes between the authorities and polluters, with some two-thirds of cases being resolved at this stage, without progressing to court. As of January this year, over 2.9 billion yuan ($410 million) in punitive compensation had been collected in 945 cases, an environmental ministry official told a press conference in late June.

The guidelines generally seek to enhance the role and effectiveness of compensation negotiations. Under the new rules, the negotiations must be resolved within 90 days and across just three meetings. Also, if polluters are eventually found guilty of environmental offenses, they’ll receive more lenient treatment if they pay compensation in a timely fashion and fully cooperate in the negotiations.

But he also said many local authorities may be reluctant to carry out the plan due to a lack of money and trained staff, and the extra burden it would place on officials.