Trending in China: One of China’s Weirder Poverty Alleviation Programs Goes Viral with 100m Plus Views 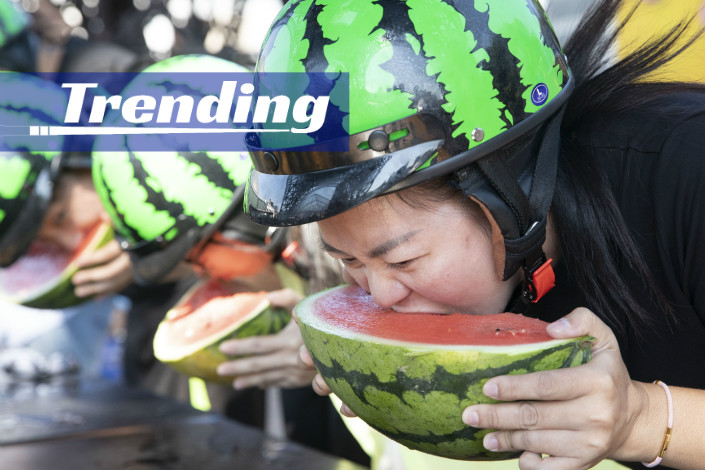 Can China’s love of watermelons come to the rescue of the poorest parts of the country? On September 24, students from Henan University won 10 tons of watermelons. The competition was all part of a poverty alleviation program that helped the hashtag # “我为母校赢西瓜 (Help my home school win watermelons)” attract over 100 million views.

Between August 26 and September 15, four organizations ran a # “Help my home school win watermelons” scheme. Social media users were asked to vote on their favorite of a total of 211 universities, with the winner offered a bumper package of 10 tons of watermelons. Importantly the fruit was to be purchased from poverty-stricken regions and would therefore contribute to relieving poverty in the area.

The event went so well that the organizers ended up awarding 10 tons of watermelons not just to the winning university but also to the next five most popular universities as well. Henan seemed to dominate in the popularity stakes however with all the top six coming from the province.

Yesterday, as around 4,000 watermelons were delivered to Henan University, thousands of teachers and students gathered to taste the fruits of their “labor”. Some freshmen said they had voted every day since they got an admission letter from the university.

The mass of watermelons reminded people of the tons of broccoli won by Henan University and Zhengzhou University in a similar event last year. Students from other regions expressed their envy as Henan is one of the country's most populous provinces with more potential voters.

“I voted for my school every day but failed to beat those universities in Henan. Henan’s large population base is unbeatable.” A student from Shaanxi province wrote in a regretful tone.

However, despite the popular event being held with the aim of relieving poverty, Caixin found it difficult to find well-received comments that actually addressed the issue at stake.