By Wang Lijun and Anniek Bao 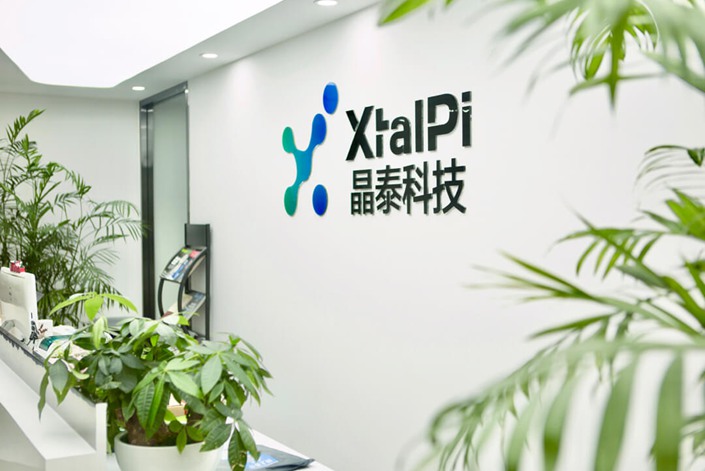 Chinese pharmaceutical technology company XtalPi Inc. has set a new record for the sector, raising some $320 million as the Covid-19 pandemic has spurred rising interest in faster and cheaper ways of making drugs.

Founded in 2014 by three Chinese physicists at MIT, XtalPi applies quantum physics and AI machine learning technologies to draw conclusions about the structure of molecules and whether they can be used commercially in pharmaceuticals. The crystal structure prediction (CSP) solution developed by XtalPi claims to be able to identify the most stable forms of small drug molecule candidates within two to three weeks, significantly expediting drug development, and reducing associated costs and risks.

Almost all international pharmaceutical giants now seek to employ such AI technologies in the race to be first to market with innovative new medicines.

British GlaxoSmithKline PLC has joined hands with XtalPi competitors Insilico Medicine Inc. and Exscientia Ltd. to apply AI in its R&D work, whereas Bayer AG has partnered with Cyclica Inc. and Atomwise Inc., the latter of which secured $123 million in series B funding in August.

Beijing is stepping up its efforts to radically overhaul the health care system as China faces an aging population and higher incidence of cancers and chronic ailments. One key aspect of the plan is to drive down prices of off-patent drugs to free up state funds to pay for novel, cutting-edge therapies for Chinese patients.

The aggressive campaign spurred a drastic fall in Chinese drugmakers’ profits last year, and has encouraged foreign giants to focus more on innovative treatments to make up for tumbling sales of their off-patent drugs after local rivals undercut them on pricing.

But a draft policy released by China’s National Medical Products Administration earlier this month will allow one year of exclusive market access for the first generic drugs to hit the market.