Average Chinese Likes Trump a Bit More Than Beijing Elites Do, Which Isn’t Much, Survey Shows 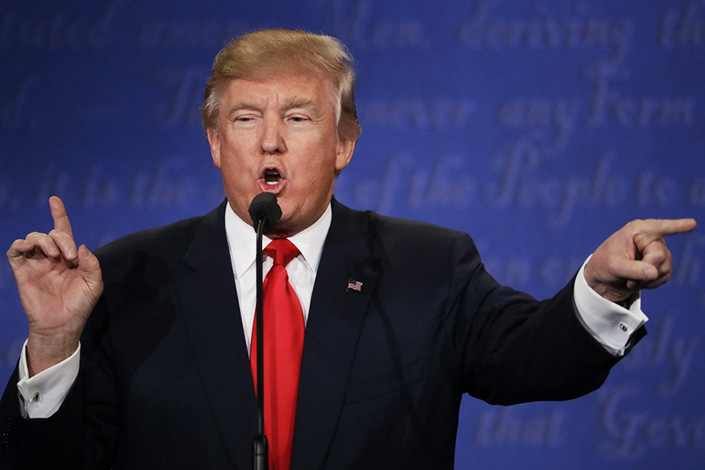 U.S. President Donald Trump’s favorability ratings in China differed between Beijing-based elites and the general public, with only a single-digit share of the first holding favorable views of the U.S. president, compared to nearly one-fifth of the latter, according to a survey released Friday.

The survey on the Chinese public’s perception on the U.S., conducted by the Institute of International and Strategic Studies at Peking University from June to July 2019 and released Friday, found that 5% of expert respondents ― consisting of Beijing-based experts in Communist Party and governmental agencies, academies and enterprises ― held a favorable view of Trump.

In contrast, 17% of more than 3,000 respondents from 40 cities across China including Beijing, Shanghai, Guangzhou and Shenzhen, approved of the American president.

Both the Beijing-based experts and the general public’s favorable view toward the U.S. top leadership both declined from 2015, by 84% and 19%, respectively..

Meanwhile, 21% of the general public and 32% of the Beijing-based experts held favorable view of the U.S. as a country.

The survey came ahead of the first U.S. presidential debate Tuesday between Trump and his Democratic competitor, former Vice President Joe Biden. Questions have been raised whether a potential Biden administration would adopt a different China policy that less confrontational than Trump’s.

The Trump administration has accused China of causing bilateral trade imbalances, intellectual property theft and geopolitical tensions ― allegations that Beijing has denied ― as the relationship between the world's two largest economies has hit the lowest point since they reestablished diplomatic relations in 1979.

The Chinese leadership has insisted that the two countries should resolve their differences through talks rather than conflict.

Wang Jisi, adviser to the survey and also president of the Peking University institute, said the survey’ s results showed the “contradictoriness” of the Chinese public’s view of the world's largest economy.

“The Chinese public and experts not only have a critical view of the U.S., but also hold favorable views toward it,” Wang said. “This contradictoriness reflects the ups and downs of the China-U.S. relationship and also the complexity of the relationship that consists of both codependency and competition.”

Wang said that the reason why there were higher approval ratings for the U.S. among expert respondents than the general public was that “experts had more opportunities to visit foreign countries and engage with foreigners.”

“Increasing the general public’s engagement with U.S. society would be beneficial to their fairer assessment of the country,” he added.