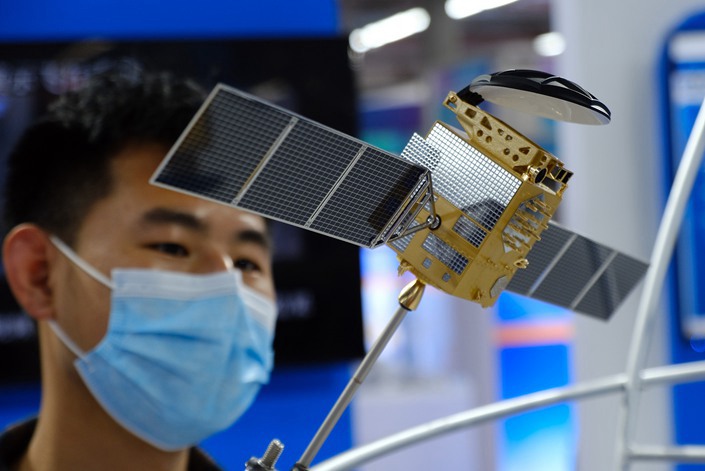 As the government continues to encourage businesses to use its domestic challenger to the U.S.’s GPS, it has unveiled a list of recommended civil-use products that use the BeiDou Navigation Satellite System including smartphones and vehicles.

The China Satellite Navigation Office on Wednesday released a list of 24 non-military items equipped with BeiDou that it recommended for businesses and consumers, which ranged from wearable devices to products used for mapping.

The China Academy of Information and Communication Technology estimated earlier this year that over 300 million domestic smartphones delivered this year could technically install BeiDou services.

BeiDou, which came fully online in July after more than 25 years in development, came about as an alternative to GPS, which is controlled by the U.S. military but free for companies worldwide to use. The government is heavily promoting use of BeiDou both in and out of China, even as many companies are reluctant to adopt it due to its novelty.

Yu Xiancheng, president of a state-backed industrial association, estimated the valuation of BeiDou industry in China topped 345 billion yuan ($50 billion) as of last year, and the figure is expected to reach some 400 million yuan by year-end.