Trending in China: Team Effort VS Individualism - What is the Message Behind Box Office Smash Hit Volleyball Movie Leap? 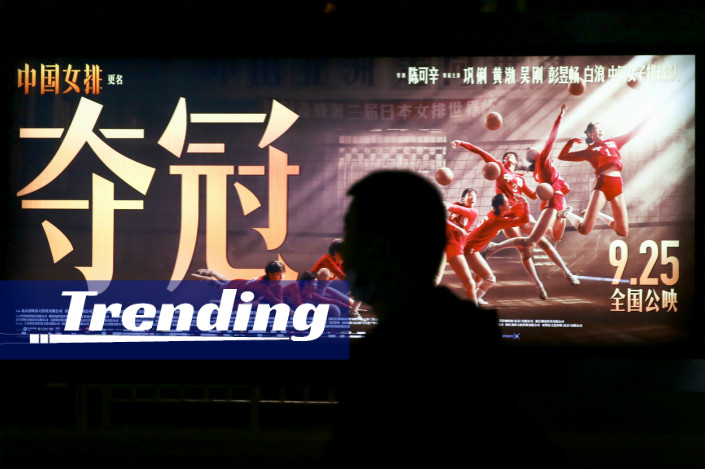 Leap(夺冠) has becomes one of China's most popular movies since cinemas in the country reopened in July following Covid-19 related closures. Originally scheduled for release at the beginning of 2020, Leap didn't make its screen debut until September 25. The box office takings surpassed 100 million yuan ($15 million) just one day after the movie was released.

Leap, directed by Peter Chan, is based on the true story of China’s women's national volleyball team over the past forty years. The movie stars Gong Li and Huang Bo play two of the most important head coaches of the team with some volleyball players representing themselves in the movie.

Released on the eve of China's National Day, the movie has already drawn in over 2 million people to movie theaters across the country.

While general comments about the movie have trended online some people have questioned the overall message of the movie and whether individualism trumps team effort. Talking about Gong's role one popular message on social media reads "A little disappointing. Individualism is too obtrusive, and it makes the movie look like [coach] Lang Ping's biography. The spirit of the women's volleyball team has not been highlighted very well.”

Another message pointed out that Leap was not the movie’s original title. “Fortunately, the name was changed from the original ‘China Women’s Volleyball Team’, but the movie itself is nondescript. They had the ambition to tell the story of the whole group, but it became Lang Ping’s personal story.”