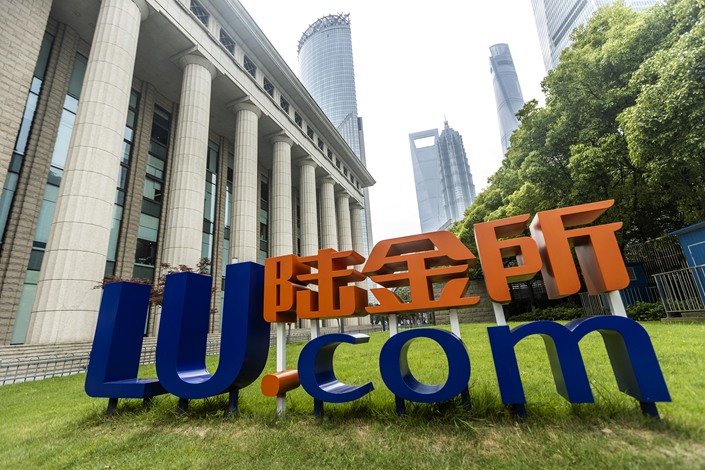 Lufax’s headquarters in Shanghai on May 28.

One of China’s largest wealth management platforms has filed for a U.S. IPO, making it the latest Chinese company to tap the American capital market despite rising geopolitical tensions.

Shanghai-headquartered Lufax Holding Ltd., which is backed by financial conglomerate Ping An Insurance (Group) Co. of China Ltd., plans to list American depositary shares on the New York Stock Exchange under “LU” ticker, according to its prospectus filed Wednesday.

Lufax didn’t disclose how many shares it will offer, but set a placeholder amount of $100 million. The company said it plans to use the net proceeds for product and technology development, global expansion and other business expenditures.

The company, which operates online investment and lending platforms, said its wealth-management clients held 374.7 billion ($73.5 billion) of assets as of June 30 this year, the third-highest figure of any Chinese nontraditional financial service provider, according to its prospectus, citing consulting firm Oliver Wyman.

As of the end of June, retail investors had 519.4 billion of loans outstanding that had been facilitated by its platforms, putting Lufax at No. 2 among its domestic peers.

Set up by Ping An Group in 2011 as a P2P lending platform, Lufax became one of the biggest Chinese players in the sector. But the company later called time on P2P lending after a three-year campaign from 2016 by financial regulators to rein in the industry in the wake of a string of scandals that left millions of investors nursing heavy losses.

Lufax reported a 7.3 billion yuan net profit for the six months ended June 30, down 2.8% the same period the year before. Its revenue was up 9.5% year-on-year to 25.7 billion yuan in the first half this year.