By Matthew Walsh and Shan Yuxiao 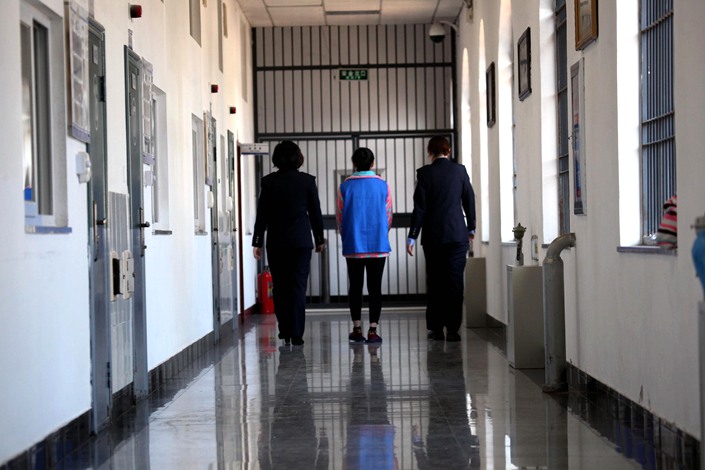 The draft amendment comes after a public outcry over several high-profile murders by children under 14, none of whom were subsequently prosecuted.

China’s top lawmakers will discuss a proposed amendment that would lower the minimum age of criminal responsibility to 12 years old from 14 for certain extreme cases like murder, state media reported Tuesday.

The Standing Committee of the National People’s Congress (NPC), China’s highest legislature, will deliberate the proposed change to the Criminal Law, which would permit the country’s supreme public prosecutor to order children aged between 12 and 14 to assume criminal liability if they have committed “egregious” acts of intentional homicide or intentional injury.

Under the current law, people on the Chinese mainland can generally be held criminally responsible from 16 years old, but children as young as 14 can be punished for more serious crimes like murder, rape, robbery, drug trafficking, arson, bombing or poisoning. Different laws exist in Hong Kong, Macao and Taiwan.

The draft amendment comes after a public outcry over several high-profile murders by children under 14, none of whom were subsequently prosecuted. It is part of a raft of suggested tweaks to the Criminal Law to be pondered by the Standing Committee when it holds a legislative session from Tuesday to Saturday in Beijing.

In addition to the age at which youngsters can be held liable for crimes, legislators will also mull an amendment to the Law on the Prevention of Juvenile Delinquency so that offenders under 16 who do not receive criminal punishments come under “enhanced discipline” from their parents or guardians and undergo “specialist correctional education” over a “necessary time period.”

They will also consider imposing sentences of up to 10 years’ imprisonment on people who work with children if they have sex with girls aged between 14 and 16, regardless of whether the girls give their consent. The general age of consent in China is 14.

They are also pondering whether to impose sentences of up to three years for identity theft and the fraudulent use of educational or employment credentials. The latter move comes after more than 240 cases of so-called “impostor” cases were uncovered in the eastern province of Shandong.

Public attention on China’s age of criminal responsibility has grown following several chilling offenses by minors in recent years. They include two 2018 incidents in the central province of Hunan in which a 12-year-old boy stabbed his mother to death and a 13-year-old boy slayed both parents with a hammer, as well as another incident last year in which a 13-year-old boy in the northeastern city of Dalian killed a 10-year-old girl who lived in the same housing complex.

In each case, the perpetrators could not be held criminally liable for their acts as they had not yet reached the age of 14.

The release of the draft law comes after Zang Tiewei, the director of a research team under the auspices of the Standing Committee’s legal work commission, said at a Monday press conference that any changes to the Criminal Law must “walk on two legs” by lowering the minimum age of criminal responsibility under specific circumstances while also improving correctional measures.

More than 30 NPC delegates proposed lowering the age at last year’s congress, arguing that the move would help to deter juvenile delinquency. But some legal practitioners and scholars have opposed the move on the grounds that it could criminalize youngsters before they reach physical and mental maturity and may not significantly impact crime rates.

China’s minimum age of criminal responsibility is notably higher than certain Western nations. The United States sets the age at 11 years for federal crimes and allows states to fix their own ages for other offenses. In parts of the U.K., children as young as 8 can be held liable for criminal acts.

However, China’s current law is in line with many other developed European and East Asian countries. In both Japan and South Korea, for instance, most people under 14 years old cannot be held liable for any crimes they commit, though the latter nation aims to lower the age to 13.

Other topics on the Standing Committee’s agenda this week include draft laws on biosecurity, export controls and the protection of personal data, according to the NPC website. The body will also discuss amendments to existing laws on patents and the national flag and emblem.