Debt-Ridden Freight Firm Dips Into Capital to Pay Back Creditors 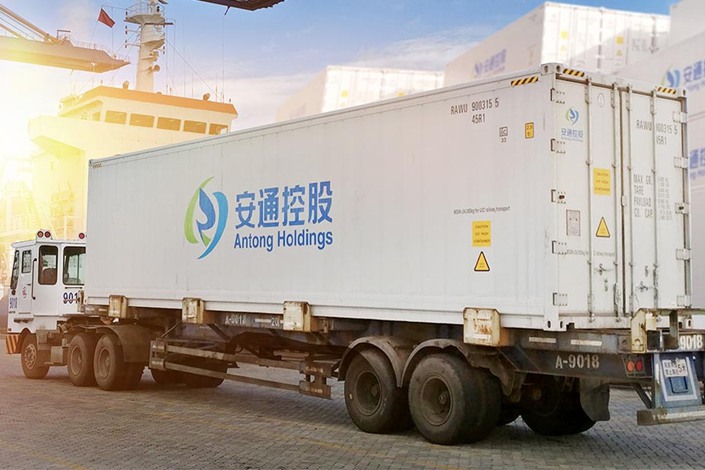 Shanghai-listed Antong plans to issue 2.88 billion shares as it continues with its court-ordered reorganization.

Freight company Antong Holdings Co. Ltd. has revealed a plan to issue shares converted from its capital reserve to help get its debts under control, as the company gradually releases details about a reorganization announced last month.

The Shanghai-listed company, whose stock has been slapped with “Special Treatment” status that shows it faces regulatory issues or financial distress, plans to issue 2.88 billion shares in total by converting its capital reserve based on its total share capital of 1.49 billion shares, the company said in a Wednesday filing (link in Chinese).

About 1.3 billion shares will be sold to investors, while the rest will be used to repay the debts of Antong and its two core subsidiaries, the company said.

In March, Avic Trust, which is one of Antong’s creditors, asked a court to order Antong into reorganization because the company had failed to pay off maturing debts. In September, the court in East China’s Fujian province ordered Antong into reorganization, ruling that the company would face bankruptcy and delisting if it failed to properly reorganize, according to a company filing (link in Chinese) in September.

In July, Antong received a “support letter” from China Merchants Port that stated it was willing to help Antong through the debt crisis and invest in the company, according to a filing (link in Chinese) by Antong. Then in October, a logistics unit of China Merchants Port signed a reorganization investment agreement with Antong, according to another filing (link in Chinese).

Antong’s debt problems primarily stem from two issues. Its controlling shareholder had embezzled billions of yuan from company coffers and the outstanding value stood at 1.3 billion yuan as of the end of June, its 2020 interim report (link in Chinese) showed. Meanwhile, the company had guaranteed over 6.3 billion yuan to external entities, about 4 billion yuan of which remained in place at end of June.