Anbang to Disband and Liquidate as Restructuring Ends

By Wu Yujian and Chelsea Sun 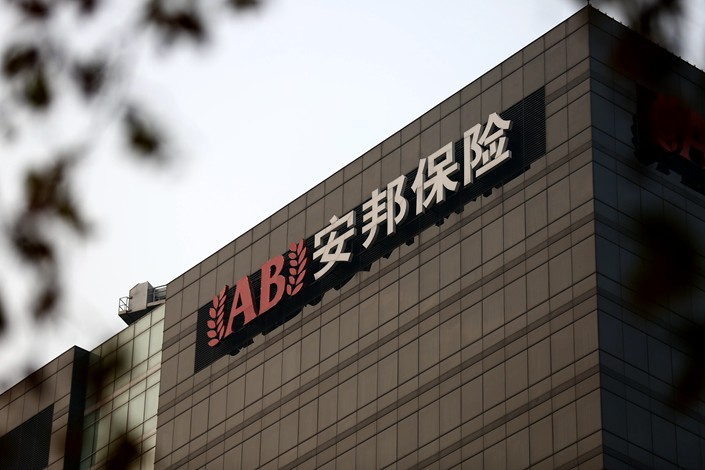 Anbang was taken over by regulators in February 2018

China’s once-highflying Anbang Insurance Group Co. Ltd. will apply to the country’s top insurance regulator for dissolution and liquidation, Anbang said Monday. That will put an end to a troubled conglomerate that was a major target in the country’s crackdown on financial risks.

Anbang was taken over by regulators in February 2018 and has since carried out asset sales to reduce massive debts accumulated over years of aggressive expansion. Wu Xiaohui, founder and former chairman of Anbang, was sentenced to 18 years in prison for fundraising fraud and embezzlement.

The state takeover and restructuring of Anbang was part of China’s sweeping campaign to clean up risks in the financial system brewed by freewheeling conglomerates. Several other companies, including Tomorrow Holding, backed by fallen tycoon Xiao Jianhua, CEFC China Energy Co. and HNA Group, are also under government-led reshuffles to dismantle risks.

Pan Gongsheng, deputy governor of the People’s Bank of China, said Monday in a press conference that financial regulators have prudently tackled the problems relating to financial holding companies. The work to clean up Anbang and CEFC China has been largely completed while the issues related to Tomorrow are still being addressed.

Regulators’ efforts to dismantle risky assets of Tomorrow followed an approach similar to the Anbang revamp, consisting of measures to defuse debt crises, carve out bad assets and turn the rest of the company into a viable business.

Anbang sold 1.5 trillion yuan of insurance as of the end of 2017, mostly short- and medium-term policies. The contracts were due to pay out from 2018 to 2020. The regulator injected state funds to avoid a payout crisis. About 700 billion yuan of short-term insurance policies were converted into medium- and long-term policies underwritten by Dajia Insurance. The remaining 800 billion yuan of policies have been paid out by using the proceeds from asset disposals.