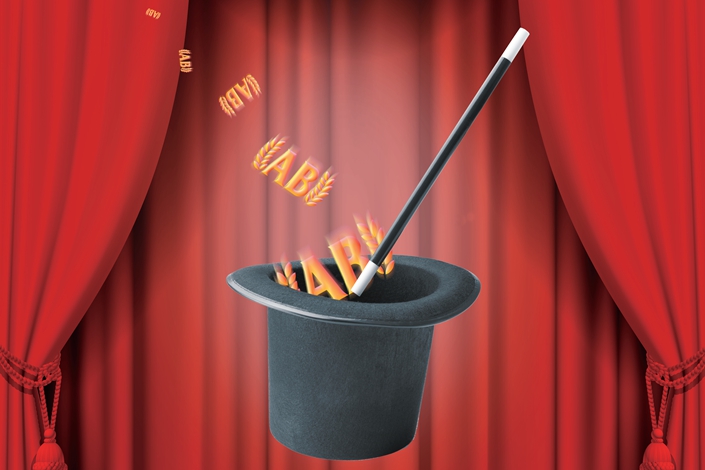 To mark our 10th anniversary, we are taking a look back at 10 of our most important investigative reports, which have traced the twists and turns of the country's modernization.

These stories include the tale of a corrupt top security official, a fugitive tycoon, industrial safety failures that led to more than 170 deaths in a series of fatal blasts, and the environmental destruction wrought by the pursuit of economic growth at any cost. We will be publishing one story from the series each day through Nov. 11.

It took just 10 years for Wu Xiaohui, founder and the former chairman of Anbang Insurance Group Co. Ltd., to go from being a little-known businessman to a world-famous tycoon. The financial giant started out as a minor car insurer in 2004, and began making global headlines in 2014 with an ostentatious overseas shopping spree, pocketing pricey assets including New York’s iconic Waldorf Astoria Hotel.

Behind the scenes, Wu was leveraging his ties to a key political figure and encouraging outsiders to imagine those and other ties to achieve his ambitions — his most recent wife is a granddaughter of late state leader Deng Xiaoping.

A series of investigative reports by Caixin revealed the tricks that the once-highflying tycoon used from the rise to the collapse of his Anbang empire. By lobbying financial supervisors and local government officials, Wu pushed for regulatory changes and controlled multiple financial institutions, which helped rapidly boost Anbang’s total assets to nearly 2 trillion yuan ($284 billion) by 2016.

The greater the size of the firm’s assets, the more investment was allowed by regulation. One of the first crucial steps in the rapid expansion of Anbang was the 2011 takeover of Chengdu Rural Commercial Bank Co. Ltd. At the end of 2014, the lender’s over 600 billion yuan of assets helped Anbang’s assets easily exceed 1 trillion yuan.

However, setbacks emerged when the long-standing mystery surrounding Anbang’s shareholding structure hurt its acquisition deals. Its failure to meet U.S. regulators’ requirement for detailed information about its ownership structure and major shareholders caused its bid for American insurer Fidelity & Guaranty Life to fall apart in 2017.

Part of the mystery dated back to 2014, when two batches of capital worth nearly 50 billion yuan were injected into the company, bringing in 31 new shareholders. Caixin revealed that behind the swelling capital was a web of complex transactions involving more than 100 companies, all linked to Wu.

Anbang’s high-profile acquisitions also got top policymakers’ attention. In early 2017, authorities’ investigation into the conglomerate marked the beginning of the end of Wu’s time at the top. In April that year, Xiang Junbo, the country’s top insurance regulator who had used his power to offer Wu help, fell under a graft probe. Two months later, Wu was detained by police. The next year, Anbang was taken over by regulators, and Wu was sentenced to 18 years behind bars for fundraising fraud and embezzlement.

The Anbang case was one typical example in China’s sweeping campaign to clean up corruption in both financial regulation and industries. To some extent, it pointed to broader regulatory malfunction due in part to graft, which allowed freewheeling financial firms to carry out shady, high-risk practices.

Read more about Caixin’s coverage of Anbang’s rise and fall.