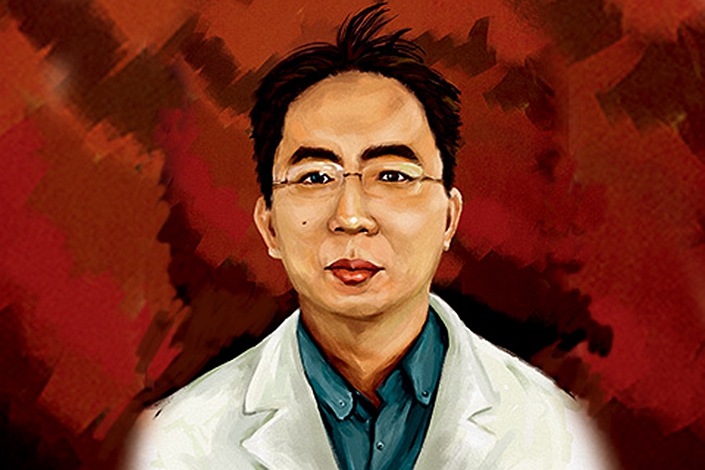 It was November 2015, just months after a spectacular crash had wiped out more than 40% of the value of China’s stock markets, reversing an equally explosive rally at the start of the year. Such sudden booms and busts are all too common in China partly due to rampant speculation, often by people illegally using insider information.

Authorities were looking for people to blame for the latest crash, and found a key culprit in Xu Xiang, a 39-year-old fund manager known to some as the Carl Icahn of China. Xu, whose detention was revealed in a report from the official Xinhua News Agency, had shot to fame and wealth as founder of Zexi Investment, a Shanghai-based asset management firm with 20 billion yuan ($2.8 billion) in assets under management.

After word emerged of Xu’s detention, Caixin reporters went to his Zexi headquarters in Shanghai to discover the place had already been sealed off. Caixin reporter Yue Yue said he made a similar discovery after hurrying over to Zexi’s Beijing branch office. “At that time nobody knew exactly what the situation was, not even people from the stock market regulator, because the case was being handled by the Ministry of Public Security,” Yue recalled.

In its first detailed report following the detention, Caixin took a deep dive into Xu’s background, starting with his move to Shanghai in 2005 from his hometown in the nearby city of Ningbo. Some of his funds would go on to post remarkable returns, including one that yielded 536% from 2011 to 2014, becoming one of the top performers among the nation’s 491 private funds during that period. But the real evidence would lie in the huge piles of trading data involving Xu’s company.

Yue and his team would go on to pore over piles of trading data in the following weeks and months in their quest to learn more about how Xu achieved his remarkable results. “We had to work with a huge amount of data,” Yue recalled. “It was necessary to compare the position data of various trading subjects from the past five years, including stock price trends, news reports, listed company announcements, background information of shareholders, and finally to analyze various PDF, Excel, Word and other documents, totaling nearly 5 gigabytes.”

Yue recalled the incredible tedium of reviewing so much data, especially because most of it had to be done manually without assistance from software that could have made the job quicker. But he ultimately came to a similar conclusion to that reached by a court in the coastal city of Qingdao.

In January 2017, that court would find Xu guilty of stock market manipulation, sentence him to five and a half years in prison and fine him 11 billion yuan — the most ever for an individual committing a financial crime in China.

To this day China’s stock market remains a haven for speculation, leading to a recurring game of cat-and-mouse as the regulator pursues people like Xu who are a primary reason why China’s stock markets still fail to command the respect they might otherwise deserve from global investors.