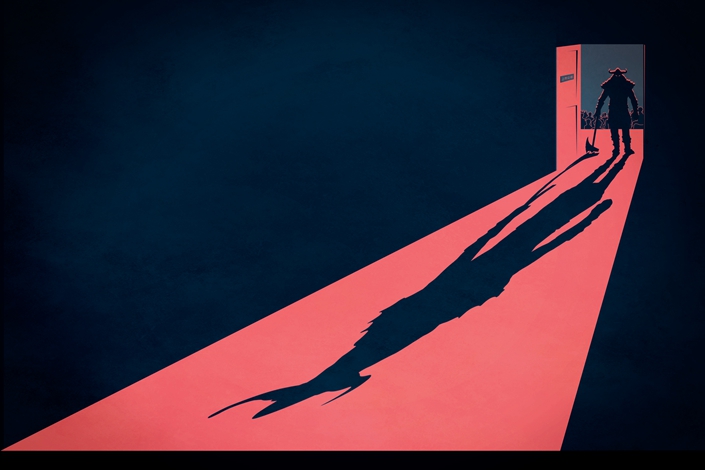 To mark our 10th anniversary, we are taking a look back at 10 of our most important investigative reports, which have traced the twists and turns of the country's modernization.

These stories include the tale of a corrupt top security official, a fugitive tycoon, industrial safety failures that led to more than 170 deaths in a series of fatal blasts, and the environmental destruction wrought by the pursuit of economic growth at any cost. We will be publishing one story from the series each day through Nov. 11.

In the summer of 2015, China Vanke Co. Ltd., the world’s largest property developer, was suddenly hit with a swift and aggressive hostile takeover attempt from lesser-known Shenzhen Baoneng Investment Group Co. Ltd. The much smaller company had managed to leverage billions in borrowed money to become Vanke’s biggest shareholder, a position occupied by a state-owned giant for the previous 15 years.

It was one of the most high-profile takeover attempts in recent years. The case epitomized China’s rampantly growing financial industries and free-wheeling shadow banking sector, pointing to easily exploited regulatory loopholes and patchy supervision that made the system vulnerable.

Caixin reporters followed this protracted battle, which dragged on for around a year and a half, and managed to spell out the complex structure of the highly leveraged financing Baoneng used to bankroll its purchase of Vanke shares.

The key question was: Where did Baoneng’s money come from? Of more than 45 billion yuan ($6.9 billion) the company had amassed to take a 25.4% stake in Hong Kong- and Shenzhen-listed Vanke, most was not its own. It had cobbled together the large sum from loans obtained by using shares — including in Vanke itself — as collateral, combined with insurance premiums, bank wealth management products and asset management products from securities firms and fund managers.

Even China’s insurance, banking and securities regulators couldn’t tell what Baoneng’s actual leverage ratio was or which of its practices were not compliant, because they had different jurisdictions and were unable to effectively coordinate.

A turning point came in November 2016, when a Caixin report on Baoneng’s successful takeover of the board and management team of leading glass manufacturer CSG Holding Co. Ltd. triggered widespread public discussion on the relationship between financial capital and the real economy. The next month, financial regulators initiated joint action targeting stock market misconduct and abuse of financial products, drawing in the worst offenders, including Baoneng and its subsidiaries.

Owing in part to the regulatory efforts, as well as the Shenzhen government’s support for Vanke, Baoneng’s attempted takeover of the developer came to an end in January 2017, when it publicly defined itself as a financial investor in Vanke rather than a strategic investor — a position it had previously claimed. The next month, Baoneng Chairman Yao Zhenhua was punished by the insurance regulator when it found the company’s insurance subsidiary had violated rules on the use of insurance funds and fabricated information on capital injection.

The long-running battle between Baoneng and Vanke has become a milestone in the history of China’s business world. It is a textbook example for studies of the Chinese capital market, hostile takeovers and corporate governance, as well as a telling moment in the evolution of financial industries and regulation in the country. In the Chinese language world, it popularized the term “piercing,” describing efforts by regulators to figure out the real owners behind byzantine company structures and opaque financial products.