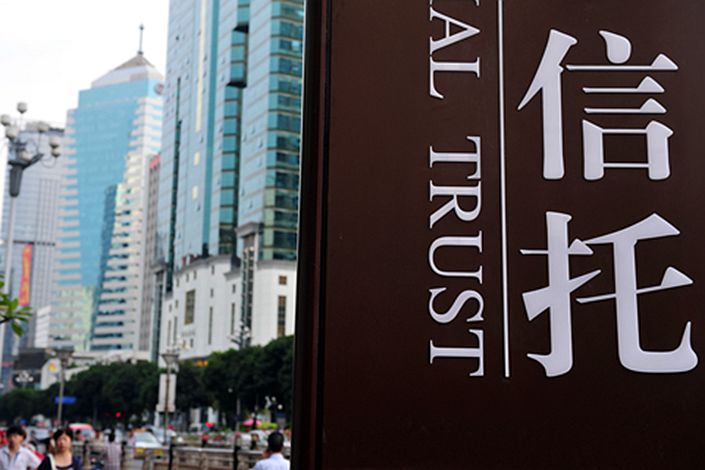 The moves aim to protect investors’ legitimate interests, both regulators said. The takeovers, which took place Friday, will last at least a year, during which the companies will continue to operate normally, according to the watchdogs.

The massive seizure involves assets amounting to nearly 1 trillion yuan ($142.8 billion), according to Caixin calculations based on financial reports. It marks a major step for regulators to dismantle a sprawling business empire built by Xiao under the umbrella of Tomorrow Holding Co. Ltd., one of the highest-profile targets of China’s crackdown on financial risks.

The nine companies formed a key part of the Tomorrow Holding financial business that backed many of its high-profile acquisitions in recent years, which often involved complicated transactions and the use of shell companies.

Many of the financial institutions had funds embezzled by Tomorrow Holding, which ended up failing to repay the money, causing high risks for the institutions and their clients, sources close to the regulators told Caixin.

Last year, the top banking regulator took over Inner Mongolia-based Baoshang Bank Co. Ltd., a debt-ridden lender controlled by Xiao. The good assets of the lender were later taken over by Mengshang Bank, with major shareholders including a national deposit insurance fund managed by the central bank, the government of the Inner Mongolia autonomous region and Anhui-based Huishang Bank Corp. Ltd.

The four insurers had combined assets exceeding 800 billion yuan by the end of 2019 but suffered different degrees of business and debt problems. The largest one, Huaxia Life, reported a profit drop of more than 77% in 2019, and Tianan Life booked a net loss of 2.5 billion yuan. The two trust firms managed a total of 467.7 billion yuan of assets at the end of 2019.

The takeover won’t change the companies’ debt obligations or creditor rights, and business operations will continue as normal, the regulator said.

In 2018, China’s central bank identified Tomorrow Holding as one of several “financial holding companies” that needed to be scrutinized in their ownership structure, connected-party transactions and sources of funding as part of a sweeping clampdown on financial risks.