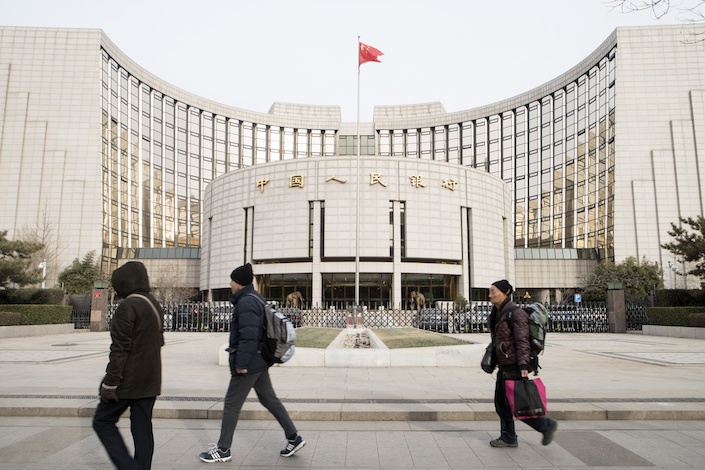 Certain nonfinancial companies or individuals with businesses that straddle at least two financial industries will be classified as “financial holding companies” and will need licenses from the People’s Bank of China to operate, the regulator said Friday. If adopted, the rules would require the companies to hold specified levels of capital, and regulators would scrutinize their ownership structures, related transactions, and sources of funding.

“Some financial holding companies, mainly those formed by investments of nonfinancial enterprises, have been expanding blindly into the financial industry,” China’s central bank said. “There has been a regulatory vacuum, and risks are accumulating and being exposed continuously.”

At the end of 2016, about 70 central government-owned enterprises had a total of more than 150 financial subsidiaries, a central bank official said in March last year. An additional 28 private businesses each had stakes in at least five financial units.

The proposals also blacklist certain individuals from becoming major or controlling shareholders in financial holding companies, such as people who falsified capital injections or undertook illegal activities at financial entities. Companies that will be covered under the rules will need at least 5 billion yuan in capital, according to the proposals.

Public feedback is sought through Aug. 24.

Separately, the China Securities Regulatory Commission said it plans to “substantially” increase penalties for falsified corporate disclosures. The CSRC is revising laws to stiffen sentences and fines for listed companies, accounting firms, underwriters and other intermediaries that fail to carry out their responsibilities, the regulator said Friday in a statement.