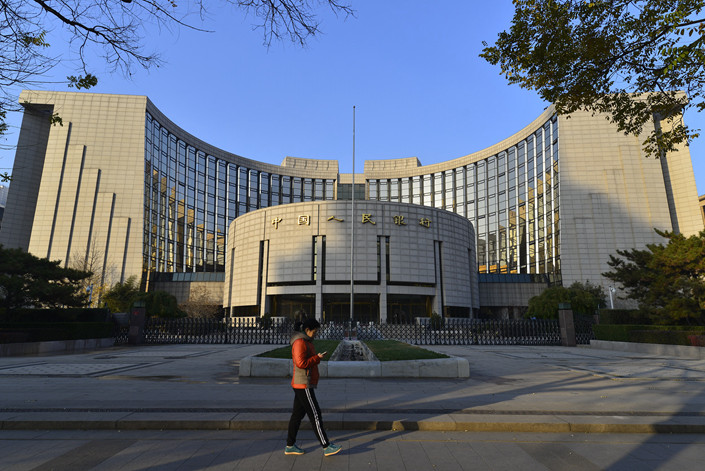 China’s central bank will establish a new bureau to enhance its capacity to maintain the stability of the financial system as a whole, Caixin has learned from multiple sources familiar with the matter.

The upcoming internal reform will mark the central bank’s latest effort to improve its regulatory framework to better deal with systemic risks, including those posed by large, highly interconnected financial institutions whose failure could disrupt the financial system. In financial circles, these kinds of institutions are considered “too big to fail.”

The People’s Bank of China (PBOC) will replace its Monetary Policy Department II with a macroprudential bureau, according to the sources, who asked not to be named because the information was confidential. The new bureau will retain the majority of the old department’s responsibilities, which include advancing the yuan’s exchange-rate reforms and internationalization, they told Caixin.

After the 2008 global financial crisis, regulators across the globe realized the urgent need to enhance macroprudential regulation, which aims to prevent systemic risks amid increasingly complex financial markets. Macroprudential policy is seen as a key supplement to monetary policy, which focuses more on currency and price stability, as well as economic development.

“Previously there was no clear framework for macroprudential regulation,” a person close to the central bank said. “Based on international experience, it mainly focuses on three dimensions: the foreign exchange (market), (institutions of) systemic importance, and countercyclical adjustment.”

The new bureau will take over macroprudential responsibilities from other departments of the central bank, such as the Financial Stability Bureau, to enable itself to oversee financial holding companies and systemically important financial institutions, the sources said.

In December 2017, China started a pilot program to test new rules for financial holding companies. It is now looking to create a list of systemically important financial institutions. Both moves aim to impose tighter regulations on freewheeling conglomerates with cross-sector businesses and excessive leverage risks.

In recent years, China’s central bank has gradually improved its dual-pillar regulatory framework, which consists of both monetary and macroprudential policies, in a bid to better balance steady economic growth and risk prevention. During the sweeping government overhaul in March, the PBOC consolidated its powers by taking over macroprudential regulation for the banking and insurance sectors from other regulators.