In Depth: How China’s Freeze on Insurance Licenses Has Impacted the Market

By Wu Yujian and Thomas Zhang 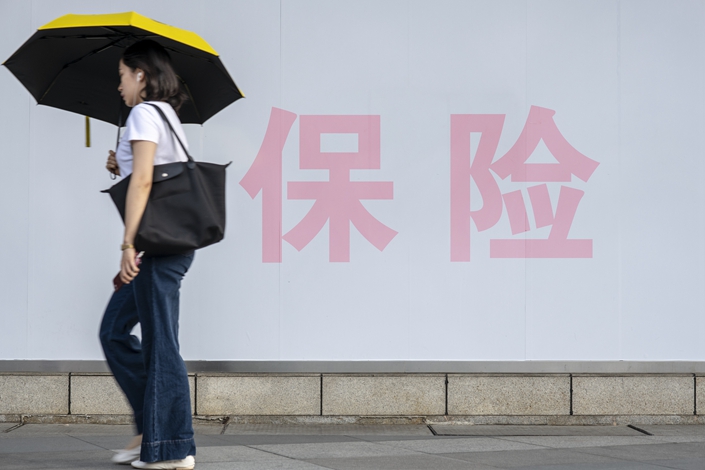 There was a time when Chinese regulators handed out insurance company licenses like candy. It began in October 2011, when Xiang Junbo became head of the China Insurance Regulatory Commission — then China’s insurance regulator. Xiang approved 48 licenses during his tenure, up until authorities began investigating him in April 2017. He was later charged with accepting bribes worth 19.4 million yuan ($2.8 million).

A crackdown followed. Not a single insurance license has been issued for any Chinese company since, according to records seen by Caixin. So now, the only path into the insurance business is to buy in — by purchasing shares of an existing insurance company. Even that requires approval from the China Banking and Insurance Regulatory Commission (CBIRC) — the new super-regulator which oversees both the banking and insurance industries. Seven such equity transfers involving six insurance companies were approved in the first half of 2019.

Investors’ pricing of insurance licenses has rationalized. “There are still premiums to pay, but they’re not as high as two years ago,” said one industry insider. “Overall it’s still things like net assets, quality of assets, or potential operational problems that matter.”

The change has made it harder for domestic players to start an insurance company from scratch, but the limit on competition has been a boon for foreign capital, which has been granted greater access to the market. Premier Li Keqiang announced early in July that limits on foreign investment in Chinese life insurance companies would be scrapped in 2020 — a year ahead of an earlier plan. That means China could have wholly foreign-owned life insurance companies as early as next year.

New policies regulating these thresholds were announced in June 2017, and the next year a new set of “Administrative Measures for Equities of Insurance Companies” was published which set the qualifications and required capital for existing and potential insurance company shareholders.

The dramatic regulatory changes in early 2018 also complicated things. Until then the regulation of the banking and insurance industries was divided between the China Banking Regulatory Commission and the China Insurance Regulatory Commission. They were merged into the massive CBIRC, under mandate from China’s top leadership.

Some industry observers reckon China’s insurance market became a bit too robust while Xiang was in office. By the time he was removed from his post, there were too many insurance companies on the market, resulting in an excessive supply of both property and life insurance products. Prices dropped, plunging many small and midsize insurers into financial trouble.

Nowadays licenses will probably only be issued to companies that can “bring new blood into the industry, or bring in something different,” says Tian Cheng, who leads the Strategy and Corporate Development department at AXA China, French multinational AXA SA’s local chapter.

Some say Chinese regulators should issue new licenses to domestic investors, saying the insurance market remains unhealthy. They point out it has a far smaller number of companies than developed markets like that of the U.S. Others disagree, saying there is already a high degree of product homogeneity.

In the absence of new licenses, equity transfers are one of the few remaining ways to break into China’s insurance business.

The CBIRC has approved seven such share buys since the start of the year, including two that involved foreign capital.

One involved New York-listed Chubb Ltd., which by July 1 had amassed 26.54% of leading Chinese insurer Huatai Insurance Group Co. Ltd. through three subsidiaries, bringing its stake above the 25% threshold that would label Huatai a “foreign insurance company” under Chinese rules.

A dismal performance on the bourses helped depress the industry’s earnings. Many insurers had invested massive sums in the stock market, only to see very poor returns or heavy losses. For instance, state-owned China Life Insurance (Group) Co. Ltd. booked a net loss of almost 13 billion yuan for 2018.

Looking at the industry’s return on equity (ROE), a key financial indicator for investor returns, reveals similar problems. More than 60% of 86 life insurance companies reviewed by Caixin had an ROE of less than 5% in 2018. Twenty-nine had a negative ROE.

“The returns that can be earned from owning an insurance license have dropped a lot,” says Chen Wen, assistant professor at the School of Finance at China’s Southwestern University of Finance and Economics. “Therefore there’s much less attraction to capital here.”

Chen said capital was once attracted to insurance because investors aimed to build large financial holding groups in order to take advantage of economies of scale.

“An insurance license made it possible to raise large sums of money by issuing short-term high-return products. … Anbang is a typical example,” the industry insider explains, adding that this is “no longer allowed.”

Despite the odds beings stacked against local companies, global insurance giants are being made to feel relatively welcome. It helps that China is opening up its financial markets.

Commenting on AXA SA’s acquisition, Tian of AXA China said it came despite AXA Tianping’s net loss in 2018, because the company holds a positive view of the China market in the long run. “On a global scale, we can’t afford to ignore the growing potential of China,” Tian said. “We are optimistic about the long term development prospects.”

Chinese President Xi Jinping weighed in in April last year, pledging further and wider access by foreign capital to China’s financial markets. People’s Bank of China Governor Yi Gang followed this with 11 detailed measures, including some which focused on insurers such as granting foreign capital the right to hold up to a 51% stake in a life insurance joint venture and abolish the upper stakeholder limit after three years. Another scrapped the requirement that foreign companies set up a representative office in China at least two years before they incorporate an insurance company locally.

While welcoming these measures, industry executives are cautious, and remain realistic about the upfront investment needed. “The basic requirement of running an insurance business is to have sufficient capital. A new company must be prepared to wait for five to seven years before it sees a profit,” said one senior insurance company executive.

He added: “It’d be quite difficult to be in business if there were not sufficient capital funds. When the value of licenses keeps falling, small and midsize insurance companies will find it increasingly difficult to stay alive.”