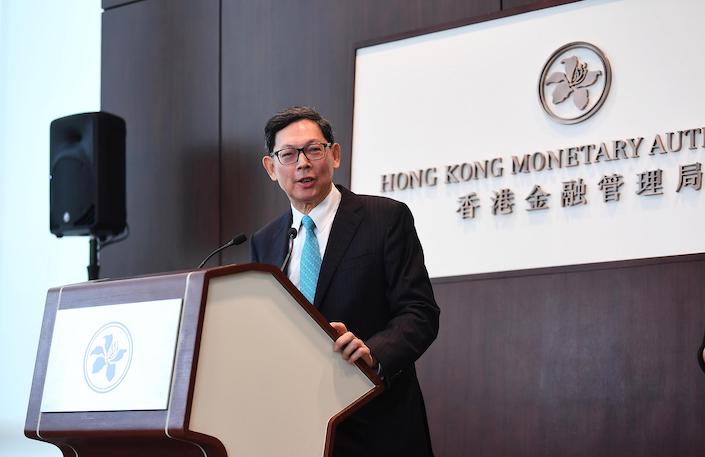 Photo: Norman Chan Tak-lam on his last day as the chief executive of the Hong Kong Monetary Authority Sept. 30, 2019.

The company will introduce a composite currency unit called the “round dollar,” an account-keeping and payment unit based on a combination of regional currencies. Compared with using a single currency for pricing and settlement, the round dollar will help foreign trade companies in Asia to manage foreign exchange risk, the company said.

Chan discussed establishment of a regional digital currency in April. In an interview with Hong Kong newspaper Sing Tao Daily, Chan proposed such a regional currency based on the Hong Kong dollar, the yuan, Japan's yen and South Korea's won. He also proposed an e-wallet platform for corporate customers making use of latest blockchain and cloud technologies.

Chan retired as chief executive of the Hong Kong Monetary Authority, the city’s de facto central bank, last October. As a veteran central banker, he was named an executive director and later vice president at the creation of the HKMA in 1993. During the 1998 Asian financial crisis, Chan played a key role in the HKMA’s fight to defend the Hong Kong dollar and Hang Seng Index against speculative attacks led by American billionaire investor George Soros.