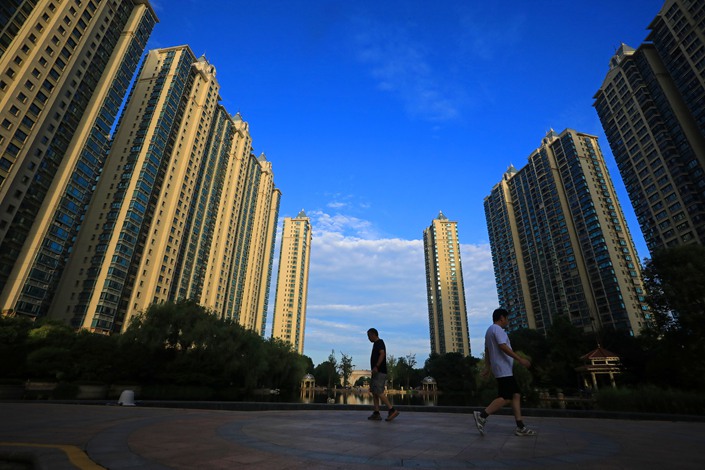 While the Guangzhou presale exemption could help the company, a government document on local economic stimulus posted in March indicated Guangzhou may have been previously considering a wider relaxation of the restrictions.

Struggling property developer China Evergrande Group appears to be getting an exemption from a key restriction for new apartments being sold in the southern metropolis of Guangzhou, as the company grapples with a mountain of maturing debt.

The restriction in question says that only companies can purchase apartments developed on land designated for commercial development which was purchased after March 30, 2017. Many city and other regional governments have rolled out similar types of measures in recent years to cool their local property markets. Such restrictions are also aimed at discouraging developers from building residential-type projects on land earmarked for commercial use.

Evergrande clearly stated in an announcement that serviced apartments were one of the categories being considered for development as part of the project. Such apartments are typically owned by institutions rather than individuals and rented out to tenants for weeks or months at a time, often to workers on medium-term assignments away from home. A half-year after the launch, Evergrande has already received permission to start conducting pre-sales for the serviced apartments.

Information from a Guangzhou government website shows the project has 14 serviced apartment buildings. The first presale permit was received on Sept. 30, allowing the sale of 678 commercial apartments with a combined 19,000 square meters of floor space.

But what caught the attention of some industry observers was the lack of usual language restricting such presales to corporate buyers, since the land was clearly purchased long after the March 2017 cut-off after which such a restriction should apply. That meant that individuals could also buy the property, even as Caixin observed that all other presale permits granted in Guangzhou since August continued to contain the older language restricting purchases to corporate buyers only.

A representative at the Guangzhou Municipal Housing and Urban-Rural Development Bureau told Caixin there hadn’t been any change to the city’s purchasing restrictions, though the person had no comment on why the Evergrande project had apparently been granted an exemption.

The exemption appears to be a one-off for Evergrande, which is based in the nearby mega-city of Shenzhen, also in Guangdong province and on the border with Hong Kong. Evergrande itself is one of China’s top property developers, but like many of its peers also suffers from a heavy debt load. The company’s total debt pile exceeds $120 billion, about $5.8 billion of which is maturing in the next two months, data compiled by Bloomberg show.

The company’s bonds have been under pressure recently over concerns about a potential default. And last week its stock tumbled after it raised far less than it was aiming for from a share placement.

While the Guangzhou presale exemption could help the company, a government document on local economic stimulus posted in March indicated Guangzhou may have been previously considering a wider relaxation of the restrictions. That document discussed relaxing restrictions on apartment buyers, but it was only on the city government’s website for a day before being removed.