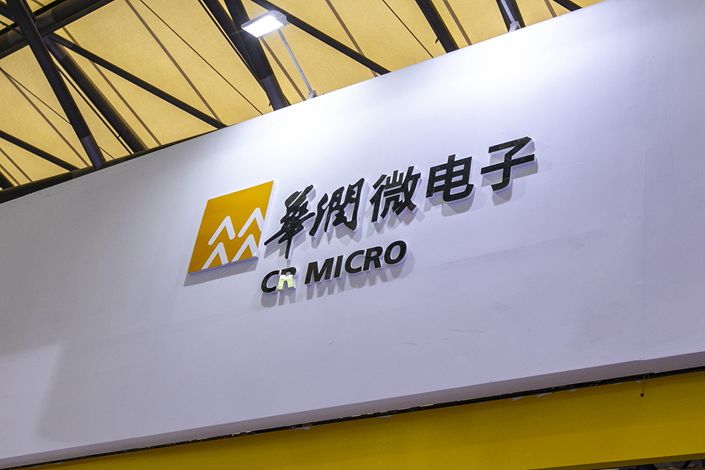 China Resources Holding Ltd.’s semiconductor arm lost more than 15% of its value in three days after announcing plans to sell $751 million new shares at a heavy discount and revealing the departures of key technology workers on Monday.

The company, China Resources Microelectronics, the largest integrated device manufacturer (IDM) in China, plans to raise some 5 billion yuan ($751.09 million) in new share sales, each priced at 37 yuan ($5.56), a 36% discount to its closing price on Monday, according to a company notice.

It is among a group of domestic semiconductor firms that have rallied strongly this year on expectation that they will get strong government support as China tries to build up the sector in the face of Washington export restrictions.

The company listed its shares on the new STAR Market in February at an IPO price of 12.8 yuan, and saw them rise as high as 63.51 yuan during a peak in July.

Deng Xiaoshe, a former deputy manager at the firm’s power and semiconductor R&D center, has left the company, citing personal reasons, after 24 years mostly leading a team in design and development of the electronic switching device known as insulated-gate bipolar transistor (IGBT).

Stocks of the microelectronics unit experienced a 12% nosedive on Tuesday following the release of some 20 documents, including announcements about the new share sales proposal, staff reshuffling and third quarter financial report. On Thursday morning the price was down more than 15% to 48.68 yuan and closed the day at 49.31 yuan, down by 14.95%.

The Shanghai-listed company is offering an additional 135 million shares in a private placement deal to a group of pre-selected investors who are yet to be named. Although the offering price is not finalized, individual investors might take the aggressive price cut as a signal of poor performance and a cash flow gap.

Deng’s departure will not affect the integrity of the company’s core technology and acquired patents, the company said in a statement, as he was not the only inventor and is bound by a non-compete agreement to stay away from the industry for the next two years.

Along with Deng, another major technology developer, Chen Nanxiang, who was also deputy president, has resigned to join semiconductor competitor Tsinghua Unigroup Co. Ltd. as co-president.

In view of the bulk share sale and sudden staff changes, investors are not impressed by the microelectronic maker’s third quarter financial report that appeared to have exceeded market expectations. It posted a profit of 280 million yuan, 170% growth from the same period last year on a revenue of 1.83 billion yuan in the third quarter.

The robust quarterly growth comes as China’s economic recovery accelerates while the pandemic risks wear off. Factories have rushed to resume manufacturing activities to meet the increased demand for motorcycles and electronic devices, as people turned to alternative two-wheel vehicles during the pandemic and remote working arrangements continue to drive up the need for smartphones and laptops.

Backed by state-owned conglomerate China Resources that owns a variety of businesses in Hong Kong and the mainland, the semiconductor specialist is primarily engaged in R&D and production of microelectronics components used to power everything ranging from smartphones to self-driving cars. It has established its own production pipelines and testing centers across the country, reducing its reliance on original equipment manufacturers (OEM) like Intel Corp and Samsung.

Most of proceeds from the new share sales will be earmarked to build a new power semiconductor products’ packaging and testing plant in Chongqing which the company is bidding on to scale up its production capability and manufacturing technology. The remaining yields will be used to increase the company’s liquidity in cash.