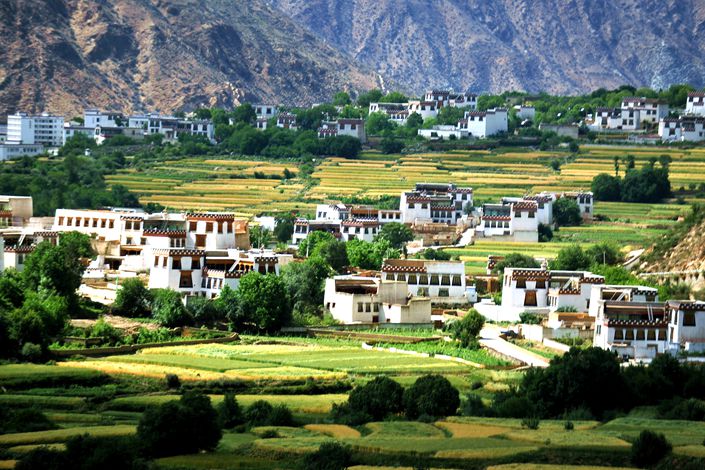 China’s central government has said people from the countryside who settle in cities can inherit the right to use rural land from their parents, a clarification that could boost the country’s urbanization movement.

The Ministry of Natural Resources said the country’s inheritance laws permitted rural migrants who have subsequently become urban residents to take over their parents’ home ownership and land-use rights after their deaths.

“The inheritor shall succeed to and acquire the property ownership rights and homestead use rights, and rural homesteads may not be inherited separately,” the ministry said in an official response to a recommendation (link in Chinese) submitted by a delegate to the national legislature.

The response addresses a matter of keen interest to many rural families. In recent decades, hundreds of millions of country dwellers have sought their fortunes in China’s booming cities. Many have later settled there permanently, an act that authorities in their hometowns sometimes say forfeits their claims to their parents’ land and property rights.

Unlike most Western countries, China has no system of private land ownership. Instead, the government distinguishes between “urban” land owned by the state and “rural” land operated by village collectives. The latter, in turn, parcel out land-use rights to local families, which can then build homes and cultivate plots in designated areas.

Historically, China’s centrally planned economy determined where urban and rural people lived and worked. But the country’s economic reforms of the past four decades have sparked a vast wave of migration into cities, which tend to be more prosperous than the countryside.

Over the years, many rural migrants have been able to re-register as residents of their adopted cities. Although that status typically brings better social security provisions than the countryside, it has complicated their inheritance claims back home and in some cases led local authorities to seize control of the land.

The ministry’s response clarifies that urban-dwelling children of rural residents are still the legal heirs to their parents’ home ownership and land-use rights, adding that they may voluntarily relinquish those rights in return for compensation from the government.

“The response clearly resolves the difficult issue regarding the intergenerational succession of homestead usage rights,” said a scholar specializing in rural land management. “It can dispel the worries of rural residents who go to the cities and advance the progress of the country’s new-style urbanization.”

Facing an emptying countryside saddled with vast amounts of idle housing stock, China has recently mulled a formal separation of land rights, though no such changes have yet made it into the country’s land management laws.