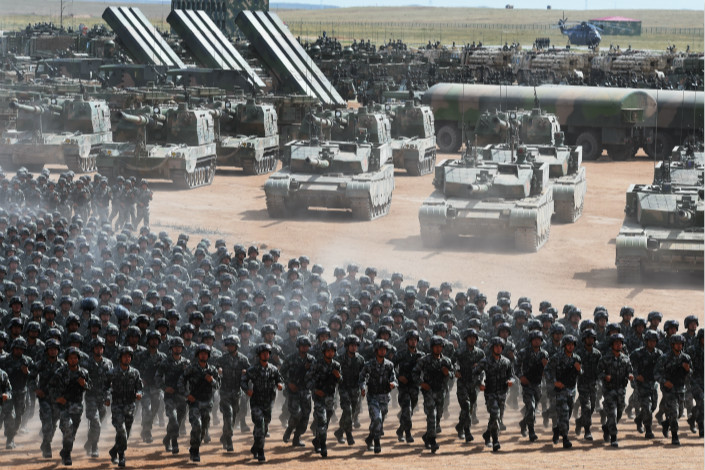 China’s military has a long history of entering teams in the country’s professional sports’ leagues and tournaments. On Tuesday it was announced that the Bayi Rockets, a military basketball team, will withdraw from the Chinese Basketball Association, and the Chinese military will withdraw all of its sports teams from open competitions, according to PLA Daily, the People’s Liberation Army’s (PLA) official newspaper.

At a deployment conference held by the military sports training center of the Central Military Commission (CMC), officials announced that the PLA would downsize and rearrange its sports teams as well as withdraw them from professional national championships to focus their efforts on their military objectives.

The army’s basketball team, the Bayi Rockets, that has won eight championships, is possibly the most famous military team.

The Bayi teams — whose name came from “August 1” in Chinese, referring to the date the PLA was founded in 1927 — are well-known in China. They have churned out numerous champions, such as the Bayi Rockets, which has won eight CBA championships, as well as creating individual sports stars, such as badminton player Lin Dan and table tennis player Liu Guoliang.

Many sports fans regret the decision as they will no longer see their favorite teams compete. “Although I can still see my favorite players as they will return to local teams, I still regret that the legendary teams are withdrawing from the leagues,” read one popular comment.

However, some other people support the move because many members of the Bayi teams are not “real soldiers” but sporting elites selected from all over the country. “Very good — the fewer soldiers like volleyball majors and basketball colonels, the better. People who have gained the rank of major general through dance and singing should also be cleaned up quickly. The limited resources in the military need to be used for training and preparation, not for sports and entertainment,” another popular comment read.