Trending in China: Concerns Over Traditional Chinese Comedy ‘Selling Out’ In the Digital Age 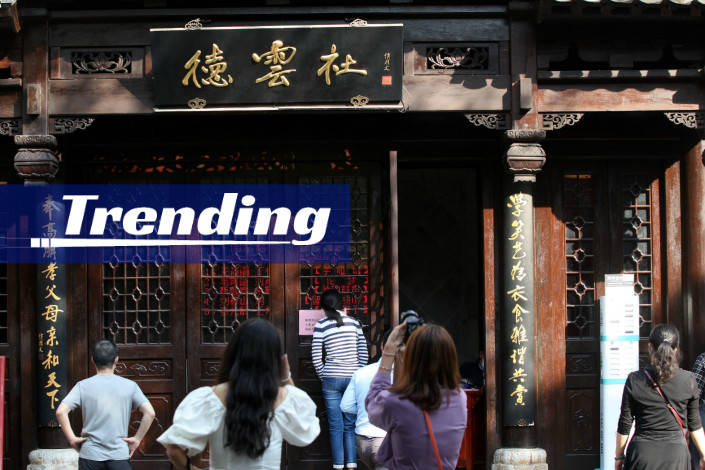 The trending term #How Far Can Crosstalk Go If It Embraces The Flow?# (#当相声拥抱流量能走多远#) has received over 100 million views and 5,000 comments on the Chinese social media platform Weibo.

The “flow” refers to a combination of social media and fan culture, while the hashtag in general refers to Deyunshe, an organization that represents crosstalk comedians and promotes the traditional form of comedy, and its new strategy of promoting the art form on various TV shows and online platforms to attract a younger audience.

Crosstalk is a form of Chinese comedy where two comedians or actors engage in dialogue in a similar way to a stand-up double act in other parts of the world. Although popular across China there are distinct regional differences.

When Deyunshe — an organization that mainly represents the type of crosstalk popular in northern China — created a branch in the southern city of Nanjing, people thought northern-style of crosstalk may not appeal to people from southern China.

Crosstalk actors have become online celebrities across China. For instance, the “super-topic” (an online community on Weibo) of young crosstalk actor Zhang Yunlei has more than 30 billion views, eclipsing even many popular pop stars.

But with the increased popularity have come concerns that the traditional artform is being watered down and lost.

People on Weibo have expressed polarized views towards the use of social media and fan culture to promote crosstalk. One popular comment reads: “Although many crosstalk actors are now taking advantage of social media, how long can it last? I feel pessimistic. Fan culture is virtual, only the art is real.”

Others hold the opinion that there should be no discrimination toward online mediums. Another popular comment reads: “We all hope that good things have fans and become popular. Turning crosstalk actors into idols has made the traditional art younger and more approachable and thus become very popular. It just shows that traditional art still has vitality, and there is still a lot of room for development.”