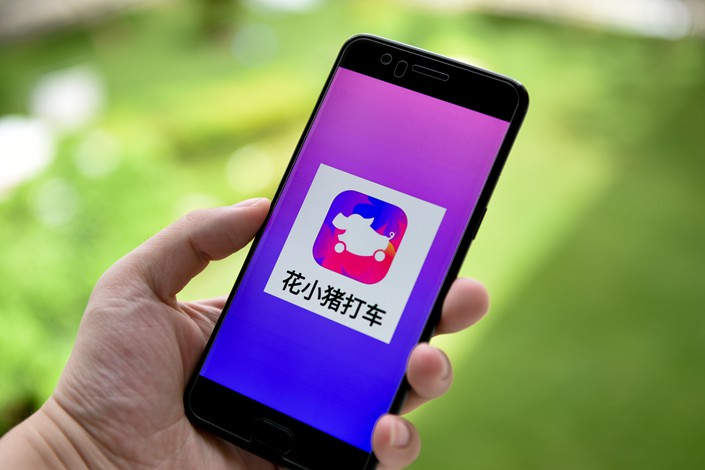 Budget ride-hailing service Huaxiaozhu has a strategy to keep the cheap rides coming.

Although the strategy of burning through ever-expanding amounts of cash to keep user numbers growing has caused problems for ride-hailing companies before, Huaxiaozhu executives think they can make the subsidy strategy work by keeping costs down so rides stay cheap.

At a press event on Friday, CEO Sun Shu, who is also a former Didi vice president, laid out three cost-saving measures. First, Huaxiaozhu keeps advertising costs down by pushing its users to spread the word through an incentive system. Second, it keeps driver costs down by paying them less in exchange for granting them more control over which riders they pick up. And third, it aims to avoid mismatching drivers and riders in ways that usually require ride-hailing services to pay compensation to one of the parties.

However, industry observers are skeptical that Huaxiaozhu’s subsidy-dependent business model will succeed where so many others have failed and wonder whether any ride-hailing company can hold onto customers once it can no longer provide discounted rides. “Whether users stay with its service depends on the actual prices that Huaxiaozhu will be able to offer,” said an analyst specializing low-end markets.

Like U.S. ride-hailing peer Uber Technologies Inc., Didi and Huaxiaozhu have poured large amounts of money to attract users with a variety of generous subsidies. Users will earn free coupons if they participate in activities, including inviting their friends to the platform.

For his part, Sun predicted that the cost-saving measures will allow Huaxiaozhu to continue to offer rides at prices 10% to 15% cheaper than on Didi.

Still, skeptics see other issues that might undermine the service’s success. Although many Didi drivers also take orders from Huaxiaozhu to earn extra money during off-hours, they often complain about Huaxiaozhu’s pre-set income mechanism, where the platform determines the trips’ prices in advance, based on variables like distance and location.

This payment algorithm, however, doesn’t take into account how long drivers spend on each trip. “To take on more orders, drivers are often speeding against time, which has led to higher rates of traffic accidents,” according to a driver for both Didi and Huaxiaozhu.

Some observers pointed out that Didi Chuxing Technology Co. Ltd. might be cannibalizing its own business with Huaxiaozhu due to the large amount of overlap in both users and drivers of the two services. Sun said the two services have different target consumers, with Huaxiaozhu going after more budget conscience users who shy away from more expensive rides on Didi, like longer-distance trips. However, Softbank-backed Didi has also been offering more subsidized rides to price-sensitive users since July, including discounted long-distance trips.

Huaxiaozhu has also run into problems with local regulators. Before it officially launched on July 22, Huaxiaozhu had been piloting its service in some cities since February, but its relationship with Didi wasn’t clear before the launch. Several local authorities suspended Huaxiaozhu or opened investigations into the service for not obtaining a ride-hailing operations license” or “unclear identity.”

In August, the government in the southern city of Shenzhen banned Huaxiaozhu. In July, two transportation authorities in the northern city of Tianjin opened investigations into the service.

Sun attributed the issue with licenses to a misjudgment made during the service’s pilot phase in which management assumed Huaxiaozhu could use Didi’s licenses to operate in certain jurisdictions. He said the company is now in talks with local officials and has acquired approvals from three cities in eastern China: Xiamen, Shaoxing and Wuhu.

At Friday’s event, Sun sought to address accusations that Huaxiaozhu was “illegally transporting passengers” and said the service currently uses the same driver pool and safety systems as Didi.

Huaxiaozhu is in talks with the government about getting licensed to run a ride-hailing operation, but the process is long, Sun said, so it could be a while before it has approval to run nationwide.