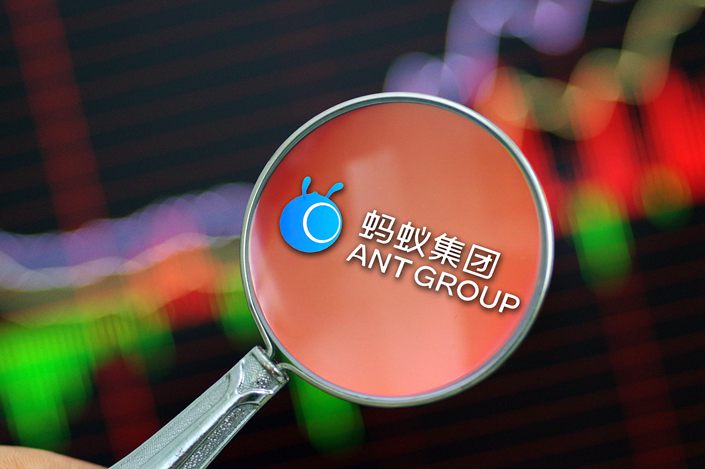 Ant Group executives were summoned by regulators for an interview after Jack Ma criticized current regulations for hampering innovation.

The Monday meeting may also be related to new draft rules released Monday that would lay out stricter restrictions on online microlenders, some industry insiders said.

Licensed online microlenders should fund at least 30% of any loan they make jointly with financial institutions, according to the draft rules. However, Ant Group’s prospectus showed that, as of the end of June, about 98% of the total credit balance enabled through its platforms was underwritten by its partner financial institutions or sold as asset-backed securities. In other words, Ant Group’s licensed nonbank financial subsidiaries only contributed 2% of the credit balance.

If the draft regulation takes effect, Ant Group’s overall business development would likely be severely dampened, as online lending has become a major driver of profits. In the first six months of 2020, Ant Group’s online lending business contributed 39.4% of its total revenue, according to the company’s prospectus. That’s more than its stalwart digital payment business, which accounted for 35.9% of revenue during the same period.

The regulatory meeting came just three days ahead of Ant Group’s blockbuster concurrent IPO in Shanghai and Hong Kong on Thursday, which is set to be the world’s largest ever.

The mega IPO has stoked a buying frenzy among investors. On Thursday, bids for the retail portion of Ant Group’s offering in Shanghai totaled a record 19 trillion yuan ($2.8 trillion), exceeding supply by more than 870 times, according to the Hangzhou-based fintech giant. And a record more than 1.5 million mom-and-pop investors in Hong Kong ended up subscribing to the Hong Kong part of the dual offering, people with knowledge of the matter said.

An investment banker said Jingdong Digits Technology Holding Co. Ltd., a rival of Ant Group, will face strict scrutiny before it goes public as regulators have recently stepped up supervision of fintech companies.