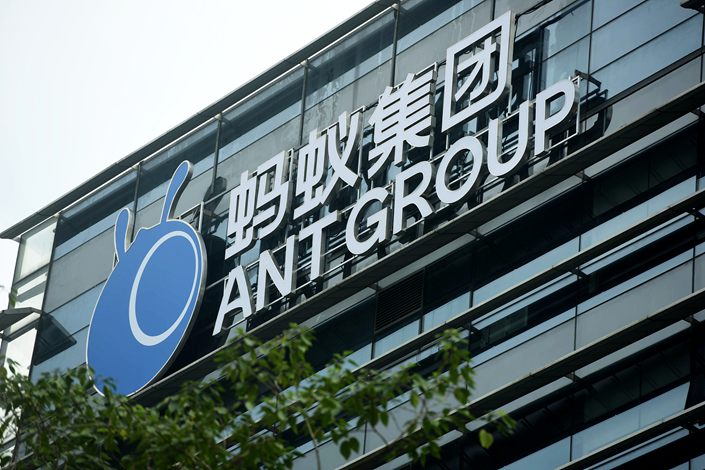 More than 10 million retail investors subscribed to five funds that raised $9 billion for investment in Ant shares and other strategic holdings.

With Ant Group Co. Ltd.’s record initial public offering in Shanghai and Hong Kong suspended, some of the more than 10 million retail investors who subscribed to five funds planning to invest in the share sale demanded their money back.

The five funds raised 60 billion yuan ($9 billion) for strategic investments in the Ant offering as well as in internet and technology stocks and bonds. Now that the giant Ant initial public offering (IPO) is on ice, some investors are asking for refunds while others are demanding removal of an 18-month lockup period to clear the way for redemption of their investments.

Ant’s online payment platform Alipay was the sole third-party distributor of the five funds. After they were launched Sept. 25, the funds sold out within days as an average of eight investors a second placed orders during the subscription period, according to data released by Alipay. Many said the rush was boosted by Ant’s much-anticipated IPO.

The five fund operators said Wednesday that they dropped plans to invest in Ant’s shares after suspension of the fintech giant’s planned $34.5 billion initial public offering (IPO). According to Ant’s strategic allocation results, the five funds were set to acquire a total of 11.97 million yuan of Ant’s shares. The funds said they would invest their remaining assets as planned.

“At present, the funds have been established, and the operation of the funds will not be affected,” the fund companies said in a statement. “We will always prudently and responsibly manage your money, select high-quality targets, and strive to bring you long-term returns.”

The suspension of Ant’s IPO doesn’t make the funds unable to operate normally under force majeure, so there’s no need to terminate them, a fund manager told Caixin.

On Tuesday, two days before Ant’s expected debut, the Shanghai Stock Exchange suspended its leg of the IPO, citing changes in the regulatory environment. That caused the company to suspend the Hong Kong portion.

The suspensions came shortly after Jack Ma, Ant’s billionaire co-founder and controlling shareholder, was summoned to a rare joint meeting Monday with the country’s central bank and three other top financial regulators. Details of the meeting weren’t disclosed, but the Shanghai exchange said the recent regulatory interviews and changes in the financial technology regulatory environment may result in Ant’s not meeting the conditions for listing or information disclosure requirements.

The China Securities Regulatory Commission (CSRC) said Wednesday in a statement that the recent regulatory interviews and changes in the financial technology regulatory environment may have a significant impact on the business structure and profit model of Ant Group.

The CSRC said it supports the Shanghai exchange’s decision, which was made based on the principle of protecting the rights and interests of investors, full disclosure of information and safeguarding the fairness of the market.

Built on the foundation of Alipay, the payment platform that Alibaba set up in 2004, Ant Group has grown into a juggernaut that owns the world’s largest payment service and the biggest money-market fund platform.