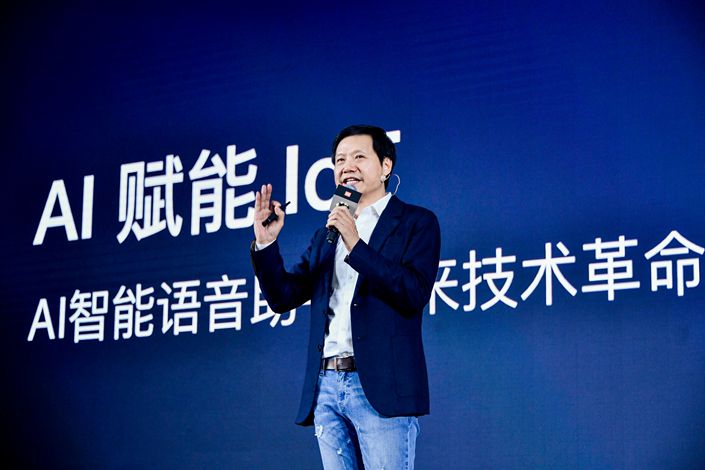 The world’s No. 3 smartphone-maker Xiaomi Corp. plans to increase its research staff by roughly half next year as it hopes that improved tech will help grow its market share.

Xiaomi aims to recruit 5,000 professionals to help it scale up research and development (R&D) efforts across the board, including smartphone cameras and internet-enabled home appliances, company founder and CEO Lei Jun said at its annual developer conference Thursday. “Xiaomi can only continue to make technological breakthroughs with more and more top-notch developers strategically grouped together,” he said.

Xiaomi started 10 years ago as a low-end smartphone brand that made its name by selling exclusively online. It has since grown rapidly, expanding into a range of internet-enabled consumer device and home appliances, from laptops to air purifiers to rice cookers.

Its efforts may have paid off in the third quarter, when it regained its position as the world’s third-largest smartphone-maker, according to research institute IDC. It delivered 46.5 million phones in total, a 42% year-on-year surge that allowed it to surpass Apple Inc., which shipped 10.6 % fewer phones in the third quarter.

Xiaomi has been buoyed by its growing business in India, where its smartphone shipments were up 9% in the third quarter. Its performance in the world’s second-largest smartphone market showed little sign of becoming collateral damage amid geopolitical tensions between China and India.

Xiaomi’s low-end phones, especially the Redmi 9 Series, did particularly well in India in the third quarter, according to IDC.

The company’s share of the global smartphone market jumped to 13.5% in the quarter, leveling up against its biggest homegrown rival and telecom giant Huawei, whose share dropped to 14.9% as a result of the tightened U.S. sanctions restricting its access to crucial chipsets, according to market research firm Canalys.

Because camera technology is a major area of competition for phone-makers, the company decided to separate its camera team from the staff working on core smartphone components, Lei said. In 2018, it became an independent department, and its development team has since grown to 850 from 122.

Earlier this year, Xiaomi opened its first “smart” manufacturing factory on the outskirts of Beijing, and is planning a second that will be “10 times larger than the first,” Lei said. The first factory has achieved a high-level of automation, utilizing facilities developed by either Xiaomi or companies in which it has invested.

As of June 30 this year, the number of devices, excluding smartphones and laptops, connected to Xiaomi’s internet of things platform reached about 271 million, a year-on-year increase of 38.3%, according to its second-quarter earnings report.