By Lu Yutong and Peng Qinqin 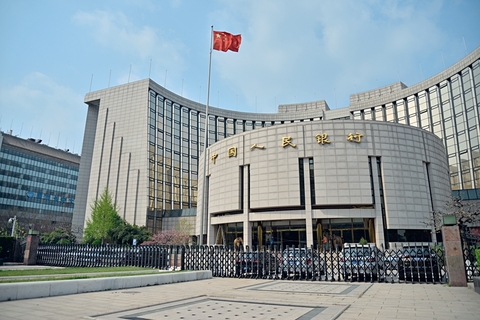 China’s central bank said bank bailouts need to be carried out in a market-oriented and systematic way, after it made efforts to save two commercial lenders last year that were teetering on the brink of bankruptcy.

In principle, financial institutions should only be saved if they have the assets to offset their debt, the Peoples’ Bank of China (PBOC) said in its latest annual China Financial Stability Report (link in Chinese) released Friday.

It comes as Chinese authorities double down to prevent risks to a financial system plagued by high debt levels and under-regulation of emerging areas like internet finance. China’s financial regulator has released a string of policies over the past two months to help patch underlying problems that could trigger a financial crisis, including a long-anticipated reform of rural credit unions.

“(We) will continue to efficiently prevent and mitigate major financial risks… fill in the gaps in regulatory systems and reinforce the responsibility of all sides to firmly hold the line against systemic financial risks,” the report said.

After the PBOC participated in the bailout of Bank of Jinzhou and Baoshang Bank last year in cases of commercial lenders being saved from bankruptcy, the central bank warned that a financial institution should only be aided if its assets are capable of offsetting its debt. For those who fail to meet that requirement, the potential systemic risks they could trigger should be taken into consideration when conducting bailouts.

"Ideally, the relevant authority should have full knowledge of the risk base of the institution to be disposed of,” since troubled banks tend to hide their data, the report said.

The PBOC stress tested 30 large and midsize banks earlier this year. In a base-case scenario that assumed China’s gross domestic product (GDP) would grow 1.59% this year, the capital adequacy ratio of those banks fell to 13.12% from 15.07%, with a third of the banks failing the test. In the worst-case scenario – with China’s GDP contracting by 2.89%, only 9 out of the 30 banks passed the test, and the 30 lenders’ capital adequacy ratio slumped to just 9.61%.

That’s a significant increase from the result of first half of 2019, when nine failed the test in a base-case scenario and 17 in worst-case conditions.

Under global standards that exclude reserve capital requirements, their performance would have been stronger, with 2 failing in base-case conditions and a half failing the worst-case scenario.

Also in the report were new figures showing the central bank had deemed fewer financial institutions “high risk” in 2019 than the previous year.

The high-risk category, which refers to firms rated eight or higher on a ten-point scale or “D,” the worst rating, mainly contains small and midsize rural institutions. Foreign and privately owned banks were in better financial shape. The report didn’t name any of the banks.

This story has been updated to clarify the language and correct several factual errors.