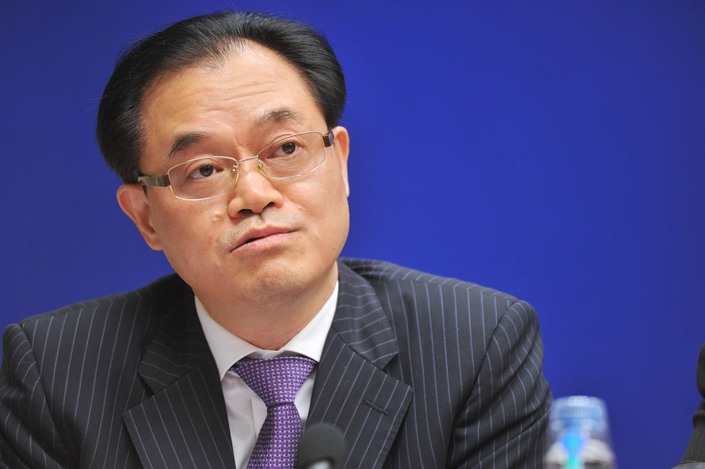 Liu, 54, has more than three decades of experience in the financial industry and regulation, mostly in the banking sector. He took office as CCB president last year.

Hong Kong- and Shanghai-listed CCB is China’s and the world’s second largest commercial bank by assets, with 28.3 trillion yuan ($4.3 trillion) in total at end of September and behind only Industrial and Commercial Bank of China Ltd.

Previously, Liu served as a vice mayor charged with financial supervision in Southwest China’s Chongqing municipality from 2016 to 2019, and an executive vice president of sovereign wealth fund China Investment Corp. from 2014 to 2016. Before that, Liu worked for state-owned Agricultural Bank of China Ltd., the country’s third-largest commercial lender, for 25 years.

After Zhu left the central bank, Pan Gongsheng, another deputy governor of the People’s Bank of China (PBOC), took over Zhu’s management role in areas including financial stability. Once Liu is on board, the duties of the PBOC’s deputy governors are expected to be redistributed, the sources said.

The central bank is playing an increasingly important role in financial supervision, especially at a time when innovation is challenging the country’s regulatory system. A new draft law released (link in Chinese) last month governing the PBOC has broadened its role in supervising financial holding companies and systemically important financial institutions.

It remains unclear who will take over the CCB president role.