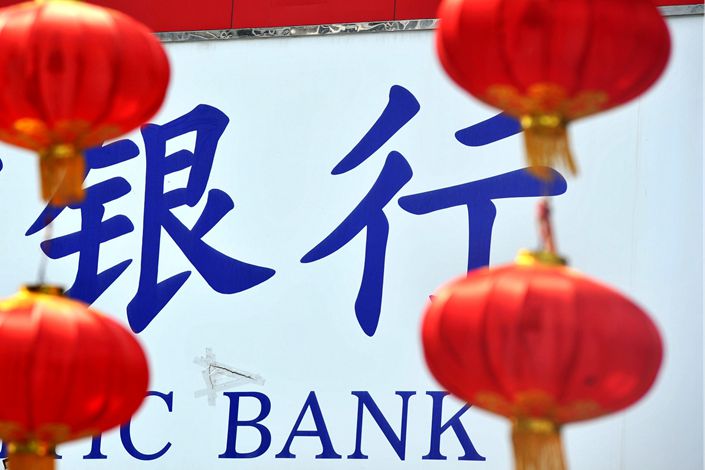 A new plan to push ahead with reform of problematic small and midsize banks makes it clear that the central authorities are passing the baton down to the provinces to come up with their own solutions.

As China’s regulators flesh out details of a long-awaited master plan to clean up the country’s banking sector, it’s becoming increasingly evident that much of the burden is going to fall on the shoulders of local governments who between them own or control hundreds of the weakest and riskiest small lenders.

Although the People’s Bank of China (PBOC) orchestrated and managed the recent bailouts of lower-tier banks including Baoshang Bank Co. Ltd., Bank of Jinzhou Co. Ltd. and Hengfeng Bank Co. Ltd., provincial level governments and state-owned enterprises (SOEs) played an important role in the recapitalizations and restructurings, both in terms of organization and funding. A new plan to push ahead with reform of problematic small and midsize banks makes it clear that the central authorities are passing the baton down to the provinces to come up with their own tailor-made solutions, organize the cleanup and find the money to pay for it.

The scale of the problem is immense. At the end of last year, China had about 4,600 licensed financial institutions in the banking industry, about 4,000 of which were small and midsize banks that together accounted for about a quarter of the banking sector’s total assets, Zhou Liang, a vice chairman of the China Banking and Insurance Regulatory Commission (CBIRC), said at a briefing earlier this year. PBOC data (link in Chinese) released in April showed that of that 4,000, 605 did not meet the minimum required capital adequacy ratio of 10.5%, and 532 were at rather high risk.

Guo Shuqing, head of the CBIRC, referred briefly to the reform plan in an Aug. 13 interview (link in Chinese) with a newspaper managed by the watchdog. The document, which has not been made public but has been seen by Caixin, was issued jointly with the central bank, the Ministry of Finance, the National Development and Reform Commission (NDRC), the National Audit Office and the China Securities Regulatory Commission.

The plan was flagged (link in Chinese) back in May by the Financial Stability and Development Committee (FSDC), which outlined an 11-point reform program for the financial sector that included the release of the “Work Plan for Deepening Reform and Supplementing the Capital of Small and Medium-sized Banks” to drive the overhaul of the sector and speed up capital replenishment for lenders with weak balance sheets.

The FSDC is a cabinet-level cross-agency committee headed by Vice Premier Liu He that oversees the sprawling financial sector and is tasked with formulating policies to ensure the stability of the financial system and improve regulation and supervision. The committee has been quietly putting the building blocks in place to give it more control over financial regulation at the provincial level, ordering the establishment of local coordination mechanisms at provincial-level central bank branches to strengthen central and local financial collaboration.

The reform model that has emerged is one that involves local governments taking the lead in restructuring and recapitalizing smaller lenders. Most of the banks are owned or controlled by provincial- and city-level governments either directly or through local SOEs and investment holding companies. So in many ways it makes sense for them to take the lead in sorting out the mess that’s accumulated over the years from a combination of lax oversight, poor lending decisions, and corruption and manipulation by bank shareholders and insiders.

The bank cleanup had already begun in an ad-hoc way before the reform plan was compiled. In the northern province of Shanxi for example, five city commercial banks are set to merge, driven by a multibillion yuan corruption scandal involving the Shanxi Rural Credit Union that may have had an impact on those particular lenders, sources close to the matter have told Caixin.

The reform plan says that provincial-level governments need to bear the regulatory responsibility for lenders in their jurisdictions and set up their own policies and plans to carry out the reform. It also recognizes that different banks will need different solutions and that flexibility will be needed in the restructurings.

“One place, one policy; and one bank, one policy,” “no universal model, and no unified progress requirements,” the plan says.

Local authorities will need to establish a special mechanism to identify how big the risks of each bank might be with the help of external audits, calculate the requirement for fresh capital, recover illegal loans, liquidate assets and capital, and use various resources to encourage market-oriented mergers and restructuring to deepen the reform in line with local conditions, Caixin has learned from multiple sources. They will also need to improve corporate governance and accountability, and bring in new and better quality management.

Zhu Shumin, a vice chairman of the CBIRC, disclosed recently that as part of the watchdog’s three-year campaign to clean up the shareholding structure of small and midsize rural banks, it had investigated more than 1,800 banks and 47,000 shareholders with equity of at least 1%. It had restricted the voting rights of more than 2,000 shareholders and ordered some to transfer their stakes.

But there are doubts about whether some local governments have the resources and the capacity to do this. One source close to a regulatory body told Caixin that local governments generally lack experience in risk management and some don’t even have a lead department to deal with bank risks.

The plan may make sense from an organizational point of view, but it will put significant additional financial pressure on local authorities at a time when they are already struggling to cope with weak, or even negative, fiscal revenue growth as a result of the economic slowdown exacerbated by the Covid-19 pandemic while at the same time being told to find money to boost investment to support their local economies.

Although the government has encouraged private companies to invest in struggling banks, there have been few takers. Recapitalizations carried out so far, including those of Baoshang Bank and Bank of Jinzhou, have ended up with entities the PBOC controls, other SOEs or local governments taking significant stakes in the lenders.

The cash shortage has prompted the government to allow 200 billion yuan of the proceeds from this year’s 3.75 trillion yuan quota of local government special-purpose bonds to be used to replenish banks’ capital. But the reform plan specifies that other avenues of fundraising such as conserving capital through cutting dividends, private placements and introducing strategic investors, need to be pursued before a local governments can use special bonds for this purpose.

The plan also encourages central financial institutions to take stakes in small and midsize banks, and a source close to one regulatory authority told Caixin that this would include policy banks and financial asset management companies. Some market participants say the government should consider allowing Central Huijin Investment Co. Ltd., an investment arm of China’s sovereign wealth fund, to invest in problematic financial institutions as one of its missions is to participate in financial institution reforms. Huijin has already been involved in the recapitalization of Hengfeng Bank, buying up 60 billion of the 100 billion shares the lender announced in December that it would sell as part of a restructuring.

The plan offers other financial assistance to provincial-level governments — those deemed to have high regional financial risks and are unable to raise money by themselves in the short term will be able to apply for special loans from the central government. The government has already experimented with this — local governments involved in the recapitalization of Bank of Jinzhou and Hengfeng Bank borrowed money from the central bank and the PBOC provided tens of billions of yuan via a relending facility for the bailout of Baoshang Bank.

However, Caixin has learned that the current consensus among regulators is that the use of public funds to bail out banks must be minimized in order to guard against moral hazard and that creditors and shareholders must bear their due losses in accordance with the law. If public funds must be used, then the first call should be on industry protection funds — such as the deposit insurance fund for the banking sector and the insurance security fund covering the insurance industry. Central government money, including fiscal funds and support from the central bank, should be used as the last resort.

If public funds are used, then compensation mechanisms and an exit strategy should be mapped out in advance in accordance with the law and the terms of use of the money must be made clear, a source from a regulatory body told Caixin.

Perhaps the most sensitive part of the reform plan is how to deal with banks that are beyond saving because they are already insolvent. Although there have been cases of banks being closed down, until the recent decision to wind up the rump of Baoshang Bank, no commercial bank had been allowed to enter formal bankruptcy proceedings out of concern that such a move might shake confidence in the financial system. The decision to liquidate Baoshang reflects a change in mindset among regulators and the government that as the economy has opened up and the financial sector has matured, the country needs a more effective market-based mechanism to allow failed financial institutions to exit the market, analysts said.

The reform plan proposes that for individual institutions that are particularly problematic and have no real value to save, the instruction is to “sell those that can be sold, and let those that should go bankrupt go bankrupt.” But the problem is that China’s current laws don’t provide a clear legal procedure for banks’ bankruptcy — a regulatory source told Caixin that there are some contradictions in current laws and regulations.

Although the CBIRC’s predecessor started to draft bankruptcy rules for financial institutions back in 2007, and in 2011 the Bankruptcy Regulations for Banking Financial Institutions were included in the State Council’s annual legislative work plan for that year, but there has been little progress since then. In 2019, the NDRC issued a reform plan to improve exit mechanisms for market entities that include provisions for a more market-oriented solution for financial institutions involving takeovers, reorganizations, revoking licenses and bankruptcy.

But there is clearly support from regulators to get legislation passed as a matter of urgency. Bai Hexiang, head of the PBOC’s Guangdong provincial branch and a delegate to the National People’s Congress, China’s national legislature, proposed at May’s delayed annual meeting that a law on bankruptcy for financial institutions should be formulated as soon as possible to fill the gap in the law and in regulation.

Bai said (link in Chinese) experience has shown that market exits that rely on administrative means have shortcomings including high costs, low efficiency, and irregular procedures, which lead to insufficient protection of the rights of creditors and financial consumers, and directly endanger the public interest and financial stability.