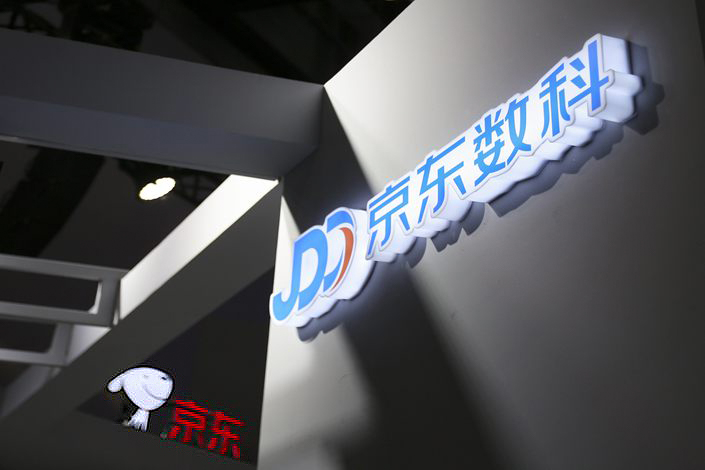 Online microlending has been the major force driving the revenue growth of Jingdong Digits Technology Holding Co. Ltd., or JD Digits, for the past few years. Like many of its peers, the fintech giant’s rapid expansion was partly thanks to lax supervision of online microlending.

As some fintech companies have grown too big to ignore, regulators have stepped up scrutiny to see off systemic risks. On Nov. 2, China issued draft rules that stipulate stricter requirements for online microlenders, some of which are operated by fintech giants like JD Digits and Ant Group Co. Ltd.

The following day, Ant Group suspended its planned $34.5 billion concurrent IPO, which would have been the world’s largest ever. The Shanghai Stock Exchange, which was supposed to host the Chinese mainland half of the listing, said changes in regulation may result in the company not meeting the conditions for listing or fulfilling information disclosure requirements.

“The IPO of Ant Group failed when it was just one step away from listing. JD Digits, which is still waiting to list, will be greatly affected,” an investment banker told Caixin. Tightening regulations will impact regulatory reviews for such fintech companies’ IPOs and their valuations, the banker said.

In September, JD Digits filed an application (link in Chinese) to list on Shanghai’s Nasdaq-style STAR Market, aiming to raise about 20.4 billion yuan ($3 billion). The plan is still awaiting the green light from the Shanghai bourse and the China Securities Regulatory Commission, the top securities regulator.

The company’s prospectus showed (link in Chinese) that its growing online microlending business wouldn’t meet a string of requirements on joint lending and interprovincial business contained in the new draft rules. The draft set a Dec. 2 deadline for public comment. If there are no changes to the draft, companies will have a three-year transition period to comply.

In the first half of this year, JD Digits’ online consumer loan product JD Baitiao (京东白条) and online cash loan product JD Jintiao (京东金条) together contributed 43% of the company’s total revenue, up from 38% in 2019 and 35% in 2018.

At the end of June, approximately 96% of the outstanding credit balance enabled through JD Jintiao was either issued by JD Digits’ partner financial institutions or securitized, according to its prospectus. That means JD Digits’ microlending subsidiaries funded only about 4% of the credit balance.

In contrast, the new draft rules would require online microlenders to fund at least 30% of any loans that are jointly issued by them and financial institutions such as banks. It remains unclear what the percentage of joint loans is in JD Jintiao’s credit balance.

In addition, the draft regulations would require online microlenders who do business across provincial lines to set aside a minimum of 5 billion yuan in registered capital. JD Digits has three licensed microlending subsidiaries that conduct online microlending nationwide, the company prospectus showed. None are anywhere near meeting the registered capital requirement, according to public business records.

JD Digits declined to comment on whether the company will adjust its business to comply with the new draft rules, and whether its IPO will be impacted. The company warned in the prospectus released in September that its business development and operating results could be affected if it fails to adjust its operations to meet increasingly stringent rules in a timely manner.

Multiple analysts expected the draft rules to deal a heavy blow to the online microlending industry, forcing big players to adjust their operations and driving out the vast majority of other companies.

Liu Caiping contributed to this report.