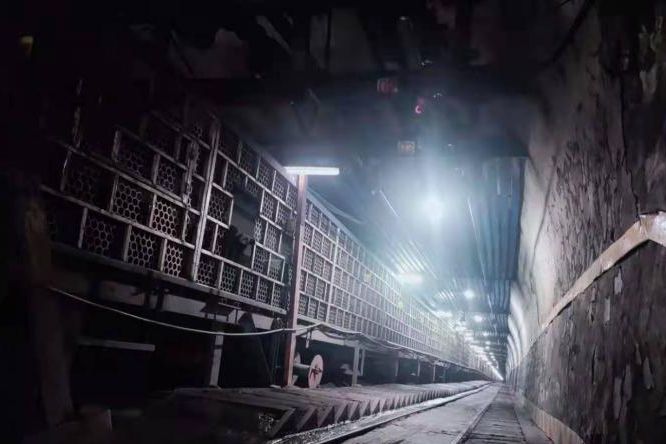 The mine at which the recent flooding occured in Shuozhou, Shanxi province. Photo: Shuozhou branch of the Shanxi People's Armed Police

A flooding incident at a mine in North China’s Shanxi province owned by one of the nation’s top power producers left five people trapped inside, the second such case this month in the coal-rich region.

The flooding occurred about 2:50 a.m. on Wednesday in the city of Shuozhou, according to a news report posted on the city’s official website. Some 91 people were working at the time, though 86 had managed to safely emerge from the mine by the time of the posting at around 11 a.m. the same day.

The other five people remained trapped inside, it said. No updates had been provided as of 2:30 p.m. on Thursday. The mine is located in Baitang township of the Pinglu district of Shuozhou.

The mine where the accident occurred is operated by a company whose name translates to Maohua Wantong Raw Coal Co. Ltd., which is 70% owned by a unit of Huadian Power International Corp. Ltd., one of China’s leading power producers. The company was established in 1986 and has the annual capacity to produce 2.1 million tons of coal.

The flooding occurred when surface and groundwater poured into the mine during the production process through natural fissures and cracks created by mining activity. Information on the Shanxi provincial energy administration’s website showed the mine was rated as “intermediate” in terms of hydrogeological conditions. Generally speaking, water tends to collect in and around such mines where material has been removed.

The accident marks the second of its kind this month. On Nov. 4, eight people were killed in another mining accident in neighboring Shaanxi province in the city of Tongchuan. After that occurred, the Shaanxi provincial government launched a large-scale review of hidden dangers in coal mines within the province and told collieries found to have problems to rectify them by the end of January.

Such mining accidents used to be relatively common in China as recently as a decade ago, especially in smaller operations, due to lax safety standards in the highly fragmented industry. The situation has improved markedly in recent years following a Beijing-led campaign to consolidate the sector around a smaller number of large players with major operations.