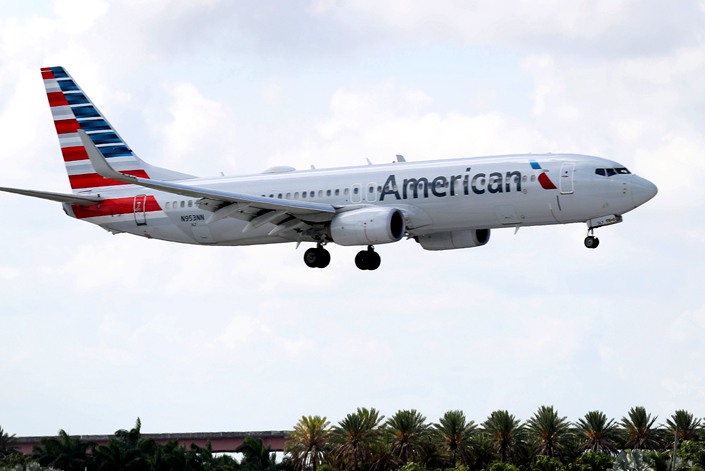 Another U.S. airline has restarted passenger flights to China as Washington continues to push for an easing of travel restrictions that were put in place by Beijing earlier this year during the Covid-19 pandemic.

American Airlines Group Inc. on Wednesday operated its first flight to China in nine months, departing from Dallas-Fort Worth airport in Texas to Pudong International Airport in Shanghai. The carrier said it will operate two flights a week on the route.

Meanwhile, two Chinese carriers –– Hainan Airlines and Sichuan Airlines –– are planning to restart passenger services to the U.S., with each allowed to operate one flight per week. The latest announcements will take the total number of flights between China and the U.S. to 20 from 16.

Before the pandemic struck, Chinese and U.S. airlines operated about 300 weekly round-trip scheduled passenger flights between the two countries, but the number crashed to zero earlier this year after Washington and Beijing took steps to curb international travel as the Covid-19 pandemic spread across the world.

U.S. airlines stopped flying to China in early February and China subsequently shut its borders and slashed the number of international flights allowed into the country.

Service has gradually resumed. Four weekly flights between the two nations were allowed in June, growing to eight in August when China and the U.S. agreed to double the number of scheduled passenger flights operated by each other’s airlines.

Chicago-based United Airlines Inc. and Atlanta-based Delta Air Lines, Inc. were both allowed to increase flights from two to four a week. The latest agreement pushes the number of weekly flights up to 20, with each country having 10 slots.

But the U.S. has been pushing for faster progress. David Short, deputy assistant secretary for aviation and international affairs in the U.S. Department of Transportation, said Wednesday at a conference that the U.S. is not satisfied with the small number of flights allowed, Reuters reported.

Short said that carriers of both nations continue to have the right to exercise all provisions in an aviation agreement between the two countries, and that “China is not respecting that.”

A source with Delta Air Lines told Caixin the company hopes to be able to restart at least one daily flight next year, and that the potential for a vaccine against the coronavirus to be available in the next few months will open up further possibilities to increase flights.

Although China is gradually allowing more flights into the country, the authorities have imposed stricter entry requirements. Starting from this month, passengers flying from certain countries, including the U.S., are required to take nucleic acid and IgM anti-body tests within 48 hours before boarding their flight.

As of Oct. 15, 105 airlines — 19 domestic and 86 foreign airlines — operated about 290 scheduled passenger flights per week to and from 55 countries, according to data (link in Chinese) from the Civil Aviation Administration of China.