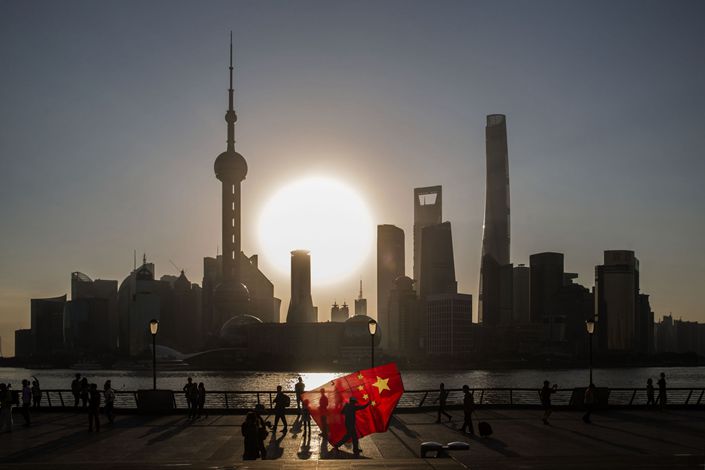 China’s economic growth is expected to rebound to a record high next year as public consumption and businesses recover from the pandemic, analysts at leading investment banks said.

American investment bank Goldman Sachs projects China’s gross domestic product (GDP) growth in 2021 will reach 7.5%, mainly bolstered by a revival of domestic consumption in the post-pandemic era, according to a report released Thursday. The forecast, matching one by UBS Group, calls for the highest annual growth for China in seven years.

China International Capital Corp. (CICC), one of China’s largest investment banks, made a more bullish prediction that the world’s second-largest economy would grow at 9% next year, partly reflecting the low basis this year.

CICC expects China’s economy to expand 2.1% in 2020, slightly more than Goldman Sachs’s 2% projection. China is set to be the only major economy to grow this year after bringing the pandemic under control. Goldman Sachs predicted that the U.S. economy would shrink 3.5% and the Eurozone 7.2%.

Top Chinese officials have shown confidence in the country returning to positive growth this year. China’s GDP grew 0.7% year-on-year over the first three quarters, back in positive territory after being dragged down 6.8% in the first quarter at the height of the Covid-19 outbreak, according to government data. Third-quarter growth accelerated to 4.9% from a year ago.

While the 2020 recovery is mainly powered by government spending and investment, the China economy will be driven by household consumption in 2021, Goldman Sachs said in the report. Residents’ spending on services will revive next year as pandemic control measures gradually phase out. Rising household savings during the pandemic and recovery of the job market will also benefit domestic consumption, the bank said.

Although some of the spending rise represents consumption demand delayed by the pandemic, there is no indication that the general consumption rebound in China is driven by short-term pent-up demand, based on recent economic and industry data, said Shan Hui, chief China economist at Goldman Sachs.

China’s household consumption is expected to expand 13% year-on-year in 2021, compared with a 4% decline this year, Goldman Sachs said. Government consumption expenditure will rise 9% and investment spending 5.4% next year, up from this year’s 5% and 3%, the bank said.

The central government is likely to cut next year’s budget deficit to 3% of GDP from this year’s 3.6% and further tighten controls on the property market, the bank said.

The central bank’s new rules on online microlending released last week sparked concerns that tightening regulations on consumer loans would suppress consumption. But Goldman Sachs’s Shan said the policy was made based on regulators’ assessment of economic conditions. China’s consumption recovery has mainly benefited from rising incomes and a reviving job market, not easy access to credit, Shan said.