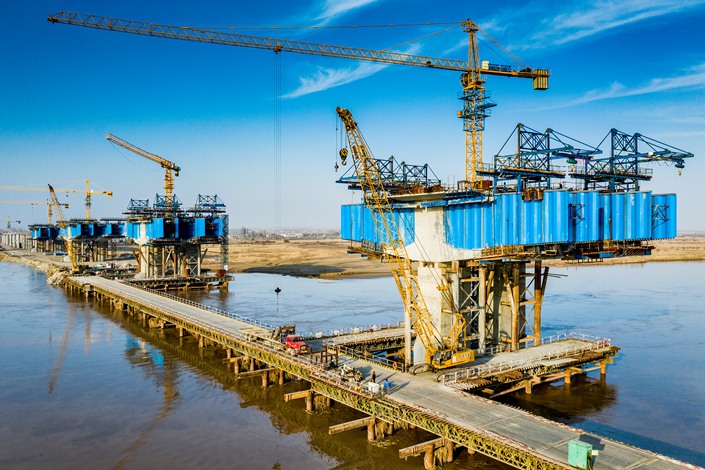 On the demand side, growth in consumption, investment and exports all accelerated. Retail sales rose 4.3% year-on-year in October, picking up from a pace of 3.3% growth in September, according to data (link in Chinese) from the National Bureau of Statistics (NBS) on Monday.

Although the reading was weaker than the median forecast for a 4.9% increase in a Caixin survey (link in Chinese) of economists, some analysts recognized the growth as steady and predicted a faster recovery in consumption in the coming months. “The miss doesn’t change the big picture that consumption will be the main driver of the recovery ahead,” economists at Macquarie Capital Ltd. wrote in a Monday note.

The breakdown of consumption data sent positive signals, as spending on restaurants returned to growth for the first time this year, rising 0.8% year-on-year in October, according to a Monday NBS briefing (link in Chinese).

At the briefing, Fu Linghui, an NBS spokesman, attributed the consumption recovery to consumers’ greater willingness to go out and spend with China’s Covid-19 outbreak under control, recoveries in household income and the job market, as well as government stimulus policies.

The Macquarie economists said a factor behind the weaker-than-expected consumption in October was that some customers delayed purchases ahead of the annual “Double 11” (双十一) online shopping bonanza.

Fixed-asset investment, a key driver of domestic demand grew 1.8% year-on-year (link in Chinese) in the first 10 months, accelerating from a 0.8% rise in the first three quarters. The rate was better than the median forecast of 1.6% growth in the Caixin survey.

“We expect infrastructure investment to accelerate further, as the government could ramp up its spending of the proceeds from bond issuance in previous months,” the Nomura economists wrote.

Investment in real estate development rose 6.3% year-on-year (link in Chinese) in the first 10 months, accelerating from a 5.6% rise in the January-to-September period.

On the supply side, value-added industrial output, which measures production by factories, mines and utilities, grew 6.9% year-on-year (link in Chinese) in October, the same pace as the previous month. The reading beat the median forecast in the Caixin survey for a 6.5% rise and remained the highest growth rate so far this year.

“Factories continue to benefit from strong foreign demand for Chinese goods,” economists at research firm Capital Economics Ltd. wrote in a note. In October, goods exports rose 11.4% year-on-year in dollar terms, the quickest expansion since March 2019, according to (link in Chinese) data from the General Administration of Customs.

“We think that the recovery is on a reasonably firm footing and will continue in Q4,” Louis Kuijs, head of Asia economics at research firm Oxford Economics Ltd., said in a note.