Interbank Regulator Bars Bond Issuers From Buying Their Own Debt

By Guo Yingzhe and Liang Hong 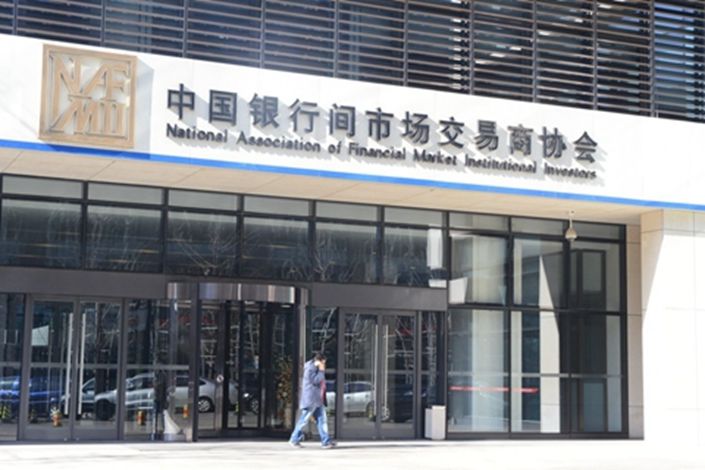 China’s interbank market regulator has banned bond issuers from buying their own debt as it seeks to keep defaults from destabilizing the financial system.

Issuers shall not subscribe to issuances of their own bonds in the interbank market or buy them indirectly through related parties or asset management products, according to a regulation (link in Chinese) published Wednesday by the National Association of Financial Market Institutional Investors (NAFMII), a self-regulatory organization for the interbank market backed by the central bank.

The regulation shows how financial regulators are clamping down on “structured issuances” (结构化发行) of bonds as many analysts and industry insiders regard it as a threat to the stability of the bond market because it helps financially weak, poorly rated companies increase their risk of default.

NAFMII also handed out its first punishment to a company over two structured issuances. On Wednesday, the association condemned Jinggong Group Co. Ltd., a privately owned company based in East China’s Zhejiang province, for directly buying its own debt or promising to repurchase it later when it issued two bonds in 2018, according to an official statement (link in Chinese). NAFMII barred Jinggong from issuing bonds for two years over the matter, which it said “undermined market order.” Last year, the company defaulted on both bonds.

The Shanghai and Shenzhen stock exchanges, which also serve as major markets for bond trading on the Chinese mainland, started to ban structured issuances in December.

In a structured issuance, bond issuers buy a portion of their own offerings to inflate issuance sizes and create a better image to attract investors. Under one approach, an issuer buys a partial stake in an asset management product that has invested in its bonds. In another approach, a company buys its own bond issuance in its entirety and then uses the securities as collateral to borrow more money.

There are no official statistics about how much of this debt exists. The Citic analysts estimated in that report there was 1.5 trillion yuan ($227.8 billion) in outstanding structured issuances, accounting for about 8% of the total corporate bond market.

Some analysts have warned about the risks that structured issuances pose to issuers and the financial system. When market liquidity was abundant, it was easy for bond issuers to use new debts to pay off old ones, but much of that has changed since the takeover of Baoshang Bank Co. Ltd. last year, they said. The bank used to be a big player of structured bond issuances.

After the takeover of Baoshang Bank, it became harder for issuers to pledge lower-rated bonds as collateral because some institutional investors were reluctant to accept them, Caixin previously reported.