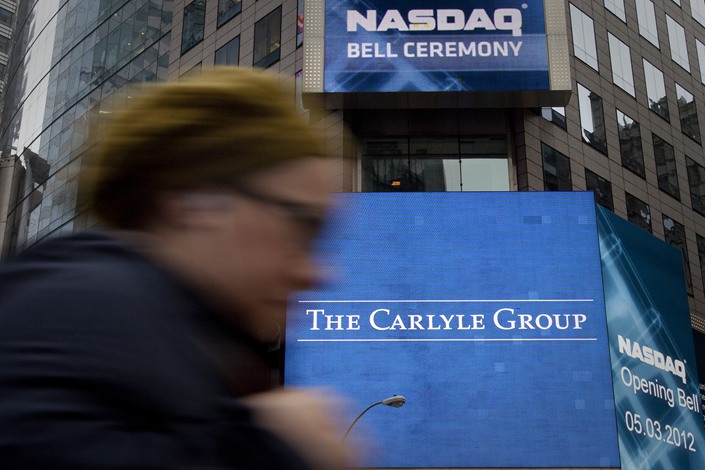 Since stepping onto the Chinese mainland in 2004, Washington D.C.-based Carlyle has invested over $10 billion in more than 110 transactions across China.

U.S.-based Carlyle Group Inc., one of the world’s biggest private equity firms with $230 billion of assets under management, plans to invest more in China’s new economy sectors as it anticipates growing opportunities outside the traditional industries it has specialized in.

Carlyle has a deeper understanding of traditional industries, but recently it has invested more in companies of high growth, which lie largely in new economy sectors, Carlyle Managing Director Liu Wanlin told Caixin in an interview on Sunday.

In line with this shift in focus, Carlyle announced in late October that it would acquire German drive technology specialist Flender GmbH, whose products are widely used in wind turbines. The company is active across 35 countries including several Asian nations, where wind energy has high growth potential.

China is expected to remain a major driver of the global renewable energy transition and account for a large portion of global capacity additions, said Janine Feng, managing director of Carlyle Asia Partners, a Carlyle fund focusing on the Asia Pacific region.

Since stepping onto the Chinese mainland in 2004, Washington D.C.-based Carlyle has invested over $10 billion in more than 110 transactions across China.

But over the past two years, Carlyle has made investments in China at a much slower pace than many leading domestic institutional investors, concluding just three deals this year and two in 2019. The 10 most active of its peers each invested in 20 or more projects in the third quarter alone, according to (link in Chinese) data provider CVSource.

Carlyle is currently focused on a few broad sectors including consumption, healthcare and technology, Liu said, while keeping an eye on traditional industries.

She said Carlyle has looked into China’s new-energy vehicle industry and visited one related auto firm last year, but passed on the investment opportunity due to Carlyle’s cautious investment style and the industry’s poor performance at the time.

“(We) prudently analyze every industry and pay more attention to valuation,” Liu said. “If there’s an issue that we feel unsolvable and is beyond our grasp, we’d rather not do (the investment).”