Blockchain-Backed Art Is Not Cryptocurrency, Ant Group Stresses Amid Crackdown 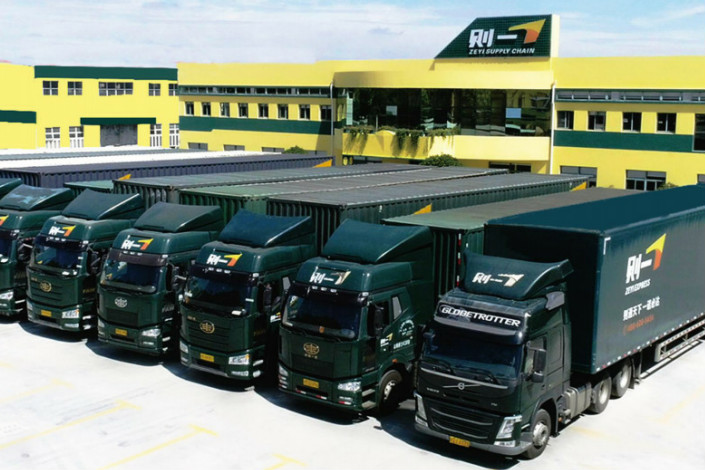 Its existing investor CICC Capital, the private equity investment platform of Hong Kong-listed China International Capital Corp (CICC), re-upped in the new round. Chinese investment bank Taihecap served as the exclusive financial adviser of the deal, according to a statement obtained by DealStreetAsia.

According to its website, the firm has built a nationwide network that covers 324 cities in China, delivering services to clients in the fields of express & logistics, e-commerce, fast-moving consumer goods (FMCG), food, and home appliances, among others. Its major clients include Yum China, an operator of KFC, Taco Bell and Pizza Hut restaurants in the mainland.

Zeyi said that its revenue has increased at a compound annual growth rate (CAGR) of nearly 50 per cent in the past five years.

“The linehaul market in the US has witnessed the birth of players with a market capitalisation of as much as over $5 billion. But the segment is still highly fragmented in China,” said Wallace Guo, managing partner of Taihecap, in the statement. “We firmly believe that China’s linehaul industry will incubate great companies that can eventually capture market capitalisation of hundreds of billions of yuan.”

Zeyi will use the proceeds from the Series C to further increase investment in its IT infrastructure and to strengthen the firm’s market position as it seeks to disrupt the Chinese fragmented logistics industry.

Upon the completion of the Series C round, Zeyi has raised an aggregate of three funding rounds.

The firm closed a Series B round led by China-based global investment firm Primavera Capital Group, with participation from CICC Capital in 2018. Its Series A round was backed by Chinese supply chain-focused investor Eastern Bell Capital in 2015. The financial terms of the previous rounds were not disclosed.

Eastern Bell Capital remains as Zeyi’s largest institutional investor post the investment. Yin Junping, partner, Eastern Bell Capital, expects to see “dozens of listed companies” in China’s full truckload shipping market in the next decade as the development of domestic players will ride on a market scale of over 3 trillion yuan ($455.7 billion).